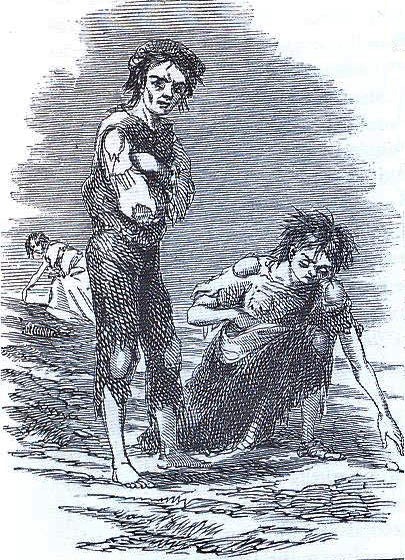 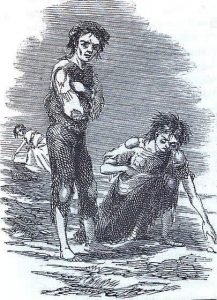 In 2010, the Irish President Mary McAleese paid a visit to Turkey. During that visit, a historical event that took place in 1847 between these two countries was remembered and covered widely in the Irish press.  The case in question was the Irish Potato Famine or the Potato Blight that devastated Ireland between 1845 and 1849, and the generous humanitarian response by the Turks to this Irish predicament.

This plight was either caused by a disease in the potato crop or a severe drought, and it spread rapidly throughout the country. There was a large scale famine as the potato was the main source of livelihood of the Irish people; about one-third of the population depended solely on the potato, either as a consumer or cultivator.  At that time the population of Ireland was about 8 million — 1.4 million people died of starvation, and 1.5 million people immigrated to other countries, mainly the United Kingdom, the United States, Canada and Australia.

At that time the Ottoman Empire was ruled by Sultan Abdul Mecid.  He was an enlightened ruler. His mother was French, Aimée Dubuque.  Her family lived in the Island of Martinique in the Caribbean. Her sister was also famous and an Emperatrice; she was Josephine, the wife of Napoleon Bonaparte.

In 1847, Abdul Mecid heard about the Irish disaster from the British Ambassador.  He immediately dispatched a fleet of five ships full of food supplies to Ireland.  However, the British Crown became touchy, and obviously considered it as trespassing on its own sphere of influence, and refused to give permission to those ships to enter the ports of Dublin or Belfast. Instead of laying idle there the commodore of the fleet took it upon himself and decided to try another port, and they sailed to a smaller port named Drogheda, 70 miles North of Dublin. They were able to discharge their cargo – secretly.  For lack of a decent hotel in town, the city authorities put them up at the City Hall.

Sultan Abdul Mecid also declared that he would donate 10,000 in gold monetary aid to relieve the Irish people.   Queen Victoria objected to that.  With direct order from her the British Ambassador in Istanbul pleaded with the Sultan, “would he be so kind to reduce his amount, for the Queen’s donation was only 2, 000, and no amount of charity should exceed hers.” Thereupon the Sultan reduced his amount to 1,000.  Research made in the Ottoman archives in 1993 revealed a “Letter of Gratitude” from the noblemen, and the inhabitants of Ireland addressed to the Sultan and to the Turkish people.

To commemorate this event, on May 2, 1995, the Mayor of Drogheda Alderman Frank Godfrey paid a visit to the Turkish Ambassador  Mr. Taner Baytok, and asked him to join the ceremony of erecting  a plaque with “star and crescent emblem” on the wall of  the Westcourt Hotel, which was the old City Hall where the Turkish seamen had stayed.  Mr. Baytok wrote in his memoirs that this event was made public for the first time in an article written by Thomas P. O’Neill, published in the Threshold Magazine in 1957.

The Ottoman efforts to relieve the hardship of the Irish people and to lessen their pain despite the long-distance are still remembered and appreciated in Ireland. The Turks put aside their differences in race, religion, language and culture, and extended their hands far and far away to the afflicted and distressed Irish people.

There is an anecdote, an oral history if you will, about this event.  Some of the people in the entourage of the Sultan were not happy with this enterprise; they voiced their displeasure by saying, “ Why this fuss about a small island so far away?  We do not have any relations with them, no trade, no political or military.” The Sultan is said to have responded, “They may be small, but we are great! This is my justification.”

The HODJALİ GENOCIDE: One of the most tragic crimes of the...