Home General Articles Books & Reviews A Symposium, A Book Release and a Turkish Lady with a Mission,... 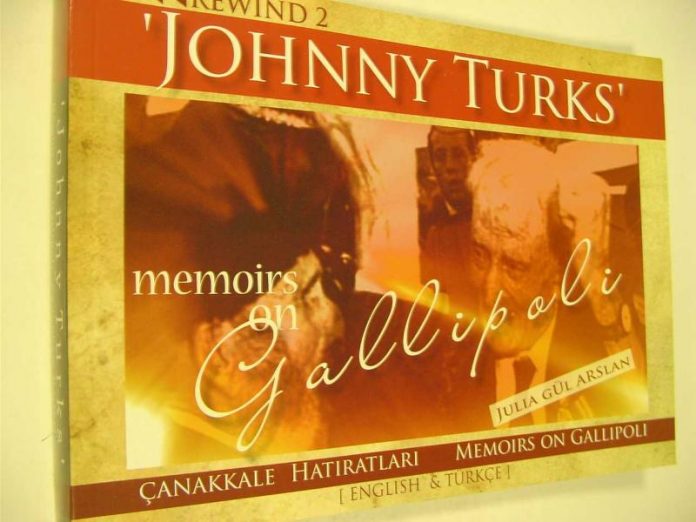 A 2-day Symposium on the 1909 Adana Incidents was held at the Turkish Historical Society (THS) offices in Ankara.

Following the opening speeches by Prof. Dr Ali Birinci, the President of THS, and Kemal Cicek, the head of the Armenian Research Desk at THS, Kemal Cicek made the first presentation, ”What we Know and Don’t Know About the Adana Incidents.” Dr Cicek emphasized that the purpose of this symposium was really to understand what happened in April of 1909.

There were two sessions on Friday with presentations by speakers from the U.S., Israel, Japan and Turkey, but a prior commitment prevented me from attending these sessions.

As I left the Symposium to attend the press conference on the release of a new Turkish translation of the Blue Book, Fatma Sarikaya, a member of the Turkish Forum and Julia Gul Arslan, a lady whom I had met only through the internet, joined us. We went to the headquarters of the Turkish Human Rights Association (THRS) in Demirtepe and took our places near the head table at 12:00 noon quite by chance and across from the presenters who had come from England for this occasion, the head of the Gomidas Institute Ara Sarafian and Lord Avebury.

Evidently, they also scheduled a visit to the TGNA and sent copies of the Blue Book to every member of the Turkish parliament.

This commentary is not on the Symposium or the Book Release, which I will write about separately, but on Mrs Gul Arslan who courageously asked questions during both events and, showing a book of her own, asked Lord if the British would recognize the Azerbaijani genocide and other questions.

Earlier, Fatma Sarikaya also asked questions and showed a copy of Sukru Aya’s book, ”The Genocide of Truth” and asked Ara Sarafian if he had read the book. He said yes, but I doubt it. After the meetings, Mrs Gul Arslan gave me a copy of two books that she wrote, ”Johnny Turkler” and the English version, ”Johnny Turks – The Honourable Enemy”, published in March and April 2009.

Many people who have studied the Gallipoli Campaign and the Armenian issue believe that if the Allied forces under the command of the British had succeeded in crossing the Dardanelles and reached Istanbul, the Armenians would have started a campaign with the support of Russians, the British and the French, and, following the advice of the U.S. Ambassador to Turkey Henry Morgenthau, would try to force the Turks out of Asia Minor and continue with the massacres that they had started earlier.

Therefore, the Gallipoli campaign is very important and should be studied as part of the events of 1915 which were tragic both for the Turks and the Armenians.

The book,  “Johnny Turks“, is a collection of memoirs on Gallipoli War in their own words of the ANZACS. It tells the misery, courage, humour and mateship that flourished in the Turkish, Australian and New Zealand trenches and the bravery of ”Johnny Turk.”

The book is dedicated to the memories of the nameless soldiers who fought and died side by side and to Gul Arslan’s mother’s uncle Suleyman Sahinbas, a veteran of the Gallipoli War, and to the Australians and Turkish-Australians.

The book also includes the famous saying of Ataturk, the only commander in world history who expressed sentiments towards his former opponents:

”Those Heroes that shed their blood and lost their lives, you are now in the soil of a friendly country. Therefore, rest in peace. There is no difference between the Johnnies and the Mehmets to us where they lie side by side in this country of ours.

”You, the mothers who sent their sons from far away countries, wipe away your tears; your sons are now lying in the bosom and are at peace. After having lost their lives on this land they have become our sons as well.”  Mustafa Kemal Ataturk.

Thank you very much Gul Hanim, for being there, asking questions and writing books that my children and my grandchildren will cherish for many years. Happy and safe travels back to Australia and best wishes to all of our friends who have devoted themselves to fight against the injustice against the Turks.