Home General Articles Falcified Genocide BEAST ON THE MOON – A Hate Story in the form of... 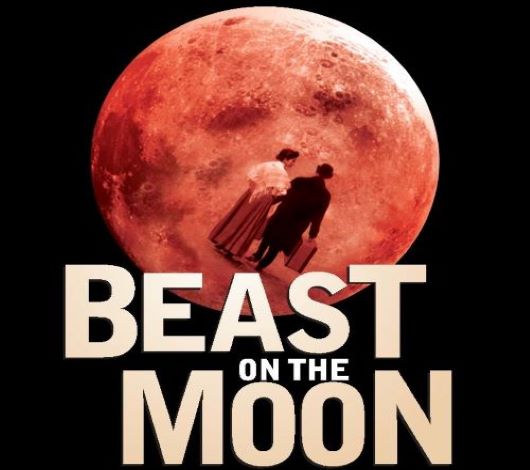 A play “Beast on the Moon” by Richard Kalinoski, is being staged at the Century Centre Theater in New York City , 111 East 15th St. , after opening off-Broadway on April 27. The play is sub-titled. “A Love Story,” which should really be called a “Hate Story,” since it starts with the alleged Armenian genocide without any mention of the uprising of the Armenians in late 19th century in eastern Anatolia that led to the tragedies in early 20the century and in 1915.

The play is set between 1921-1933 in Milwaukee where young Armenian photographer lives and decides to marry a mail-order bride from Turkey, also an Armenian. The web site of the play (www.beastonthemoon.com)  states that this is an original play inspired by shocking true events and the theatre magazine “Playbill” states the following under the “Program Note.”

“On April 24, 1915, under the cover of World War I, the Young Turk government of the Ottoman Empire began a systematic genocide of its Armenian citizens, an unarmed Christian minority population. More than a million Armenians were exterminated through direct killing, starvation, torture and forced death marches. Another million fled into permanent exile. Thus an ancient civilization was expunged from its homeland of 2,500 years.

The Armenian Genocide was the most well-known human rights issue of its time and was reported regularly in newspapers across the U.S. and Europe. The Armenian Genocide is abundantly documented by thousands of official records, by Ottoman court-martial records, by eyewitness account of missionaries and diplomats, by the testimony of survivors and by nine decades of historical scholarship.

It was the template for genocide to come, and much of the worst violence of the 20th Century. “Who today, after all, still speaks of the annihilation of the Armenians?” – Adolf Hitler, August 22, 1939, eight days before taking Nazi troops into Poland .”

The above statements are totally false and misrepresent the events that actually took place. It was the Armenians who, under the cover of World War I, revolted against their own government and took the sides of the Russians, the British and the French in the war against the Ottoman Empire. There was no genocide and perhaps up to 300,000 Armenians died due to their own uprisings, disease, and war casualties. Yes, the Armenian uprisings which led to tragedies on both sides, well over 530,000 Turks killed by the Armenians, are well documented, but those from the Turkish point of view are never mentioned by the Armenians and their supporters. The statement claimed to be stated by Hitler has been proven to be a lie.

The play starts with an elderly Gentleman (the orphan boy in the play) narrating the story of ‘’The Beast on the Moon’’ with references to the events of 1915 and the alleged genocide. The set includes an old box camera, a table and a large photograph of a family, a man and his wife with 3 children, on a stand but with all of their heads cut off. The photograph is used throughout the play with the addition of the heads of the men and his wife, the characters in the play. Aram, the hero who receives a mail-order bride from Turkey, constantly reads passages from the Bible that he keeps on the table.

Both Aram and his wife Seta claim that their entire family members were wiped out in 1915, Seta even claiming that the heads of her family members were hung from a clothesline in the backyard of her home, which is a far fetched imagination added to heighten the hatred that emanates from the play. All Aram wants is to have babies in order to establish the family that he lost in 19165, but his wife Seta can not bore him any children because she was starved when she was a young girl. One day, Seta picks up an orphan boy and brings him home so he can have a bath and something to eat.

The play gets its name from a custom in Anatolia when villagers go outside during a moon eclipse and beat on kettles and drums to chase away the evils. This too has been twisted and the narrator states that the Turks turned on the Armenians and killed them without mentioning that it was the rebellious Armenians that initiated the tragedy. The play ends with Aram, Seta and the orphan boy being photographed with more comments on the allegations against the Turks, and the young and the old people in the audience, mostly Armenians, both shed tears and applaud, while I sat there wondering, “why all these lies, why all this hatred against the Turks who are known as the most tolerant people in the history of mankind?”

Allah Dethroned, A Journey Through Modern Turkey (1935) and The Innocents Abroad (1869)