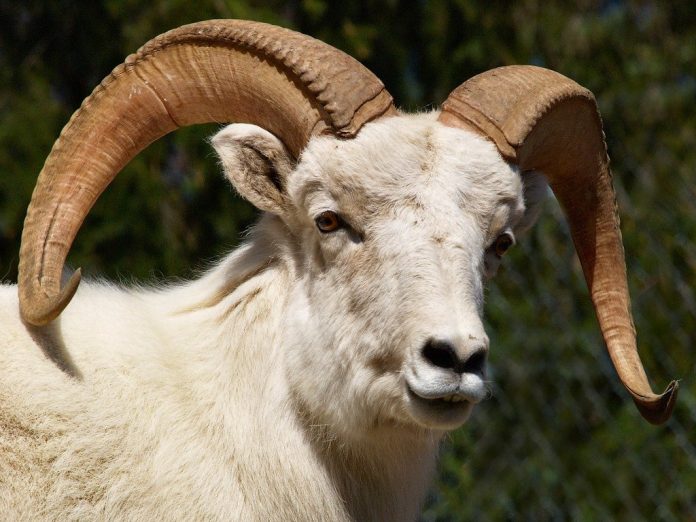 According to the Islamic Tradition, in this lunar month of Zulhijja, the Muslim world performs the Hajj, the pilgrimage to Mecca. The Hajj is one of the five pillars of Islam. At the end of the Hajj, the devout ritually sacrifice an animal, usually a sheep or ram which is called “Kurban”. This religious offering, called in English oblation, commemorates the Prophet Ibrahim’s (Abraham) readiness to sacrifice his son identified in Islam as Ismail, at God’s request. Through their actions, Ibrahim and Ismail demonstrated an unflinching faith and unswerving obedience to God. The Muslims re-enact that sacrifice as a commemoration of Ibrahim’s example of belief and submission to God’s will. The Feast that follows marks the culmination of the pilgrimage.

“Kurban” literally means “approaching”, “approximation”. From a religious context, it implies coming closer to the Divine through faith and piety. Etymologically, the word “Kurban” is related to Korban, a Hebrew word, which also means “to approach”. The origin of this custom is in Judaism; later it was adopted by the Muslims. Kurban is referred in both the Old Testament and the New Testament. Yet, Christians and Jews do not sacrifice an animal. Even though it did not originate in Islam only the Muslims perpetuate this barbaric and wasteful custom. And why??

First, wisely, the Christians and the Jews realized that this archaic custom was handed down from the time immemorial, and there was no place in their lives for such a ruinous and primitive custom any more. This is an economical and practical aspect. There is also a religious aspect. In the Roman times, the Jews practised sacrificing in their Temple located at the Moriah Mountain. In A.D. 70, this Temple was destroyed by the Roman  Emperor Vespasian and his son Titus. This interrupted this practice until the rebuilding of the Temple. As the Temple was never re-built this custom lost it zeal and abandoned.

As for the Christian Traditions, in the New Testament, Jesus Christ is regarded as the last “sacrifice”; therefore, no new sacrifice was needed. The Christians replaced this custom

by bread and wine symbolizing the body and the blood of Christ. Thus, only the Muslims

doggedly follow this practice which was even not generated in Islam.  Furthermore, it is a pervert notion to believe that one gets closer to God by sacrificing an animal. As this custom predates Muhammed, it can not be an Islamic injunction/imperative (Farz), or incumbent / prescribed (Vacip), it is just a practice perpetuated by Muhammed, a precept (Sunnet).

This year the Feast of Sacrifice will fall on October 26. For the Muslim community living in the Western world to celebrate the Feast of Sacrifice poses certain challenges. As this ritual must follow strict health codes, it becomes burdensome; also it is alien to western culture, which adds to the burden. In some communities, the Muslims congregations make arrangements with farms or slaughterhouses (abattoirs) for their ritual sacrifices to be performed out of sight and in compliance with the health regulations.

A few years back, in a mid-sized German city, a Muslim family was caught in a controversy. They caused an uproar when they were celebrating the Feast of Sacrifice in their own way. It seems the TV camera focused on a ghastly scene where an Islamic sacrificial ritual was in progress. The family was gathered in the balcony of their apartment, including the children. A sheep was being slaughtered in full view by a man wearing an apron and wielding a butcher knife. Blood splattered around. The scene was very graphic and hair-raising. The neighbours were outraged. Several complaints were filed. The Mayor of the city came on TV and condemned this “barbaric” practice. He accused the family of violating the law, being insensitive to their neighbours, and furthermore, for being inconsiderate of the customs and the norms of the country.

Some aspects of the religious feasts are readily accepted by the followers of other religious traditions as well; they are understood and viewed as festive celebrations in a community spirit with family and friends. They are also interpreted as solemn remembrance and a renewed commitment to God. All these are elements that are common to all faiths; however, when practising those parochial customs we should show respect and understanding to other peoples sensitivities.