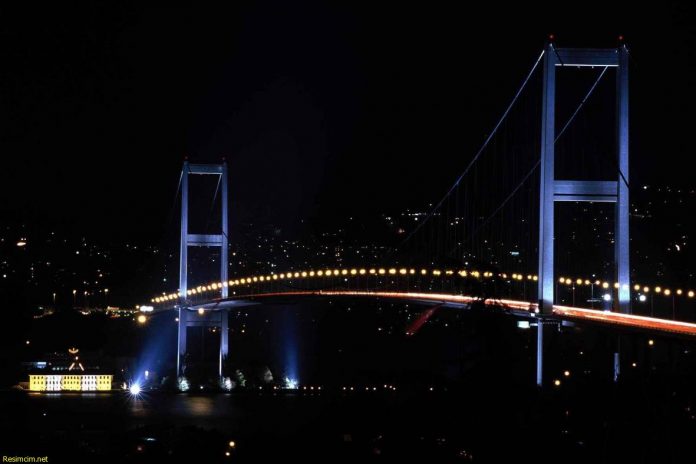 Istanbul officially received its mandate as the European Capital of Culture on December 10, 2009. The activities scheduled for 2010 will begin on Saturday, January 16, 2010, at Sutluce Conference Centre in Istanbul. Over 450 Projects will be realized throughout the year, including the U2 Istanbul Conference on 6 September 2010. Unfortunately, several projects, such as the renovation of Ataturk Kultur Merkezi (AKM), which has been closed for two years, and the new Rahmi Library will not be among them.

A new commercial campaign was also started on December 11 to publicize Istanbul as the European Capital of Culture. The concept that has been agreed on was an inspiration with the slogan, “Istanbul is the world’s most inspiring city.” As a proof of this, many world-renowned writers and artists have been visiting Istanbul, including Dan Brown to promote his Turkish translation of his latest book, “Beyond the Lost Symbol “ who said that me maybe writing about Ataturk.

“If the World was a Global village, Istanbul would be its Capital”

The above statement belongs to the French Emperor Napolean Bonaparte who made it centuries ago, who also remarked while he was in prison at the St. Helena Island that the greatest leader of the world was Fatih Sultan Mehmet, who conquered Constantinople in 1453. That was 1,123 years after Constantine the Great had dedicated Byzantium as the capital of the Eastern Roman Empire in 330 A.D. after capturing the city in 324 A.D. (1).

Turkey is a European country but not a member of the European Union. Many consider Turkey part of Europe while many in Europe believe that Turkey has no place in Europe. Turkey applied for membership in the EU back in 1964. However, no one denies that Istanbul straddling both sides of the Bosphorus in Europe and Asia is indeed a European city.

Selecting cities in Europe as the capital of culture began back in 1985 when the Minister of Culture Melina Mercury (who was in the movie Topkapi) of Grece proposed the idea and Athens was selected to be the first city to promote classical values of Grece. Until 1989, the selection of the Cultural Capital was linked with a special event, such as Berlin ’s 750th birthday in 1988 and Paris ’ celebration of the second centennial of the French Revolution in 1989.

Beginning in 1990, the concept began to link its cultural program to one of urban renewal and the importance of local support for cultural activities. In 1994, Lisbon was selected which was celebrating the 20th anniversary of the April 25 revolution that overthrew the 46-year dictatorship of Antonia Salazar and Marcelo Caetano and major urban restorations and cultural developments. As the “Capital Europeia de Cultura,” also called Lisbon 94”, the city’s concept was “ A Meeting Point of Cultures.” In 2010, Istanbul will be recognized as the meeting point of world cultures.

In July of this year, the number of projects accepted by ECOC was 281 with a total budget of over 373 million US dollars. The projects were to be developed by various organisations, including ECOC (60), Municipalities (34), Universities (20), Government agencies and private organisations. In December, the Chairman of the Agency, Sekib Avdagic, stated during a press conference at Ciragan Palace, that the projects have reached over 450.

Among the many great cities of the world, Istanbul is more accessible than most which is rich in historical sites, architectural masterpieces and artefacts. It sits on the edges of two continents with signs on two sides of the suspension bridge that span the strait of Bosphorus, welcoming both the residents and the visitors to Europe on one side and Asia on the other. It has been the capital of the Roman Empire, the Eastern Roman Empire (Byzantine), when it was known as Constantinople, and the Ottoman Empire. The city was conquered from the decaying Byzantium Empire and served as the Capital of the Ottoman Empire until 1923 when Ankara was chosen as the seat of the new Republic of Turkey. Today it is a huge metropolis with a population of close to 12 million (2).

Istanbul is surrounded by water that flows from the famous river Golden Horn and the
Bosphorus into the Sea of Marmara. Its skyline of minarets and now the tall skyscrapers are more famous than that of other cities in Europe. In fact, the Sapphire building in Levent completed just last month boasts as being the tallest structure in Europe.

There has been a flood of articles on whether Istanbul is ready for 2010 and what projects will be realized to show the world the treasures of a city and Turkey that have made its mark in history. Conferences and press meetings are being held by ECOC confronted by protests questioning the organisation’s credibility and accusations of corruption. Many members of the agency, including its first chairman, resigned in April without giving a real reason for their action.

On Nov 2, 2007, Law No 5706 was passed establishing the Agency which later created its organs such as the Coordination Committee, the Consultative Committee and the Executive committee and a General Secretariat.

Museum of Innocence, a book will give its name to a real Museum

One of the projects in 2010 is the opening of “Masumiyet Muzesi.” Orhan Pamuk, the first and the only Nobel Laureta of Turkey, published “Masumiyet Muzesi – Museum of Innocence” in August 2008 which attracted many readers around the world. The book is a love story in which distant relatives fall I love. To research the book, the author travels to museums around the world, showing his about and passion for museums. His goal to open a museum in Istanbul was accepted as a project of the Istanbul 2010 European Capital of Culture Agency

A couple of weeks ago, I ran into a couple from Columbia who was visiting Istanbul and asked me how to get to Buyuk Camlica. We were in Uskudar and Camlica was not too far and volunteered to drive them there which is a wonderful place to see all of Istanbul. They were very impressed with the scenery and took photographs, except the terrible view of the antennas. It looks like one of the projects is to build a single Antenna Tower that would replace the ugly forest of many antennas.

Istanbul has hosted many international events, exhibitions, symposiums over the years, including HABITAT in 1999 and the World Bank/IMF Conference this year. Civilisations will once again meet in Istanbul, referred to as the second Jerusalem by the Greek Orthodox Church Archibishop in Istanbul during an interview on CBS 60 Minutes yet to be broadcast but being discussed hotly in Istanbul

Istanbul will be a busy place in 2010 and anyone interested in visiting this city should make plans as early a possible.

(1) It would be fitting to erect a statue of Constantine in Istanbul during one of the events in 2010 since he founded the city which we all enjoy and admire.

(2) Among the many books that tell the story of Istanbul is “The Fall of Constantinople, by Bernardine Kielty, published in 1957 by Random House, New York