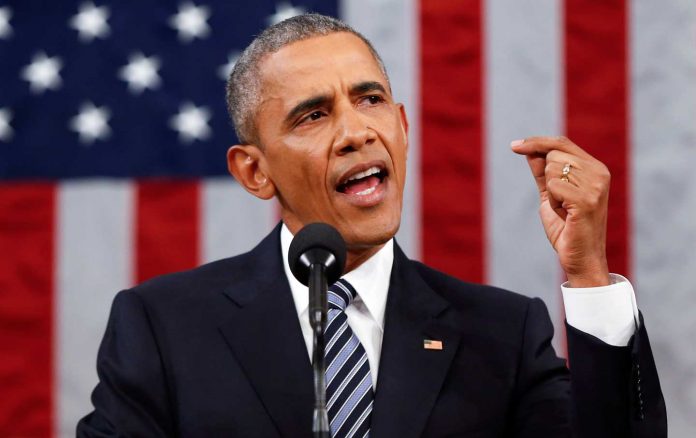 On the “Armenian Resolutions”, “Discriminations” and the on going “Threats” to the Turkish-Americans…

I am writing this letter for below three requests using my first individual and defense rights that secured by the “First Amendment of the Constitutional” for “freedom of expression” and “every human being has a right to live in dignity and prosperity.”
My three Requests are:

1) Ratification of the Republic of Turkey by the U.S. Senate.

2) Withdrawing of the Armenian Resolution from the U.S. House and Senate considerations forever.

3) The Annual U.S. President’s Speech on the Armenian Claims in reference to the 1915 should not continue or equally should represent the loses of the Ottomans and Turks as well as all to respect and include all other major casualties within the related date/s that were caused by the U.S. and other imperial powers throughout the 20th Century, and up today.

As a Turkish-American, since I had stepped on the land of the United States as the Turkish Citizen as the first time in 1989, since then, I’ve been personally attacked, accused, blamed, and almost each and every encounter with an Armenian dissident over 20 years in the U.S. I’ve felt I’ve been snapping on my face sharply, being blamed the murderers of claimed from 1.5 to 3 million Armenian casualties (the claimed numbers changed each time depending on the person) being insulted, discriminated or disabled simply by being Turkish-born. I’ve felt that there are strong favors or subtle discriminations in any efforts I’ve been trying to make over the years by Armenians, wherever an Armenian dissident is in charge or an effect. All that as part of daily base practices happen by Armenian dissidents are to all Turkish dissidents just SIMPLY being a Turkish native.

In person as well as rest of the Turkish-Americans, who live in the U.S., we’ve mostly been facing to similar manner on a daily base in all our efforts and existence here. The Armenian Diaspora’s and U.S. based the Armenian Community’s “unjust”, “unfair”, “blocking in main-stream media and nation-wide television channels” and in most of the effective educational institutions not to allowing our voices to be heard and reach the American community at large via “building up hatred in all Armenians” as well as “in all American nation at large” that starts from the elementary schools in some cities against to all Turkish-American people, who live in the U.S., and to all the Turkish people in Turkey as well as in the world. This has been clearly and openly practiced and turned out one of the most serious violations of “basic birth rights” and “human rights” and another form of discrimination to all Turkish-Americans in the U.S.

Yet, the U.S. Senate has been putting all efforts, very valuable time, and resources in favoring of the Armenian Diaspora against to all Turkish-Americans, Turks worldwide and to the Turkish Nation at large. More importantly, this has been presented and practiced as part of the U.S. Domestic politics since 1981.

This also comes out more and more clear from various subtle layers that all these sources have been used in the eyes of American public to pre-conditioned their minds and built-up hatred nation-wide, in particular, starting within the “education system” in the U.S. This is, also considered as part of a deliberate effort to revitalize the “Treaty of Sevres” (1920). Otherwise, all these ongoing threaten attempts do not serve to the majority citizen of the United States neither to both Armenian and Turkish communities in the U.S. nor in between the neighboring countries.

Moreover, in the recent years of the “Armenian Resolutions”, the U.S. House of Representatives undermines formation and existence of the Republic of Turkey since 1923 (Treaty of Lausanne), in the ways of “presenting” and “voting” in favor of Armenian Resolution each and every year since 1981. In it, initial claim of the year deliberately has changed and extended over the years from 1915 to 1923!

Yet, since the formation of the Republic of Turkey, the U.S. Senate has never “ratified” the “Republic of Turkey”.
This has been encouraging the Armenian Diaspora and all Armenians world-wide since the formation of Turkey with an overall aim; a) bringing back the “Treaty of Sevres” (1920) directly and through with the support of the U.S. House of Representatives; b) Allow and keep encouraging to the Armenian Nation to claim on the international level to divide of Turkey in the name of “compensation” through the U.S. House of Representatives that is also directly serving to this goal while undermining the full rights of the Turkish Nation as well as sovereignty of the Turkey; c) Despite Turkey and the U.S. have been partners through NATO, for the Greater Middle Eastern Project, in over annually 45 billion dollars deal alone in aero and security business, being a hub for the “energy transform” from east to west – south to north, the U.S. attempts to keep bringing the Armenian Resolution to the U.S. HR threats not only Turkey, all the region and in the big picture, majority of people of the United States.

DISCRIMINATION: Turkish-Americans have been discriminated in many areas, various institutions and in media at large in many subtle ways and behind the doors including job placements, blocked collaborations and paid advertisement that every year since 1981, the President of the United States statements on April 24 has been encouraging “anti-acts” to all the Turkish Americans by the Armenian Diaspora, and at large by the Armenian-Americans in any institutions they are involved in any degree. In particular, “anti-Turkish” Armenian Resolution serves increasing hatred against to the Turkish-American Community at large in the United States as well serves much more unfair actions and sustains the conflict and another form of the “cold war” between Turkish-American and Armenian-American communities in the United States at large as well as between the neighboring countries and the world wide.

As a simple–ordinary Turkish-American Citizen, I claim the following: The U.S. Senate MUST “RATIFIED” the Republic of Turkey since its formation, and withdrawn the Armenian Resolution from the U.S. House and Senate considerations forever.

With that the U.S. Senate and House of Representatives SHOULD never allow to be used as the highest platform to decide destiny of near to 75 million population of Turkey based on the fabricated facts of the history, which is consider, in that part of the history, including the U.S. and all emperor powers of the time has a great role and responsibility of the outcome of the “1915!”

Further, it comes more and more clear that this is still part of the “Old World Order”, which was designed prior WWI that is still in effect despite your vision for a “New World Order” that encourages collaborations, unity and a more peaceful world, which is the most needed one.

I greatly appreciate of your very valuable time for reading this open letter and consideration “Ratification” of Republic of Turkey at the U.S. Senate and withdrawal of Armenian Resolution forever.

Thank you very much,

Related links on the Lightmillennium.Org: – Open Letter To: President Obama by Sadi Dinclen – An attempt for Solution – Draft Proposal (2010) – An Open Letter: The Grand National Assembly of Turkey & The National Assembly of the Republic of Armenia – Dated: December 6, 2009 – An Open Letter: A Campaign Request Versus To the Armenian Resolution – Dated: August 26, 2010 Also is available on Yerelce: http://yerelce.wordpress.com/2010/08/27/ermeni-tasarisi%E2%80%99na-karsi-kampanya-campaign-versus-to-the-armenian-resolution/ – An exclusive interview with Şükrü Server AYA: “What is really sacrificed is the TRUTH, that is what and some of my American, Armenian, French, Dutch, Turkish friends are trying to defend.” – An Open Proposal for Turkish & Armenian Synergy: A Manifesto for Revolutionary Relationships (2007 and 2009)
*First Draft: April 24, 2010; Second Draft: May 4, 2010. Finalized: April 22, 2011 – Updated: April 23, 2011. 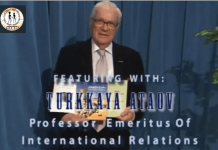 Cengiz Han and His Heirs The Grand Empire of the Mongols, An Exhibition at...