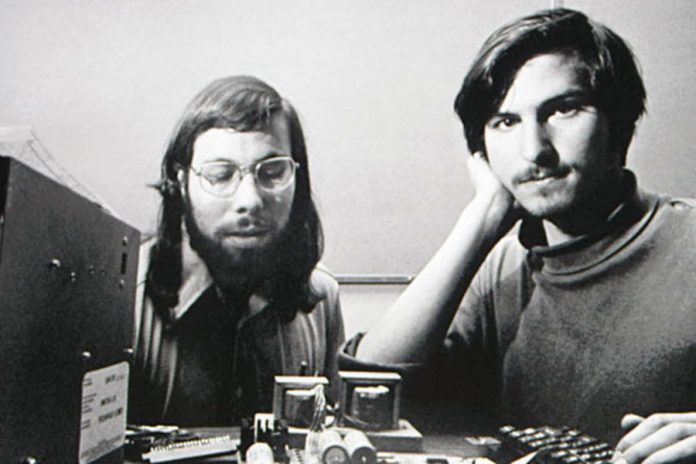 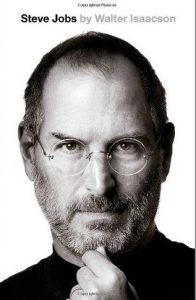 Reading biographies of famous people and world leaders is always fun and educational, especially during dreary winter days. The libraries are full of them, from Attila the Hun to Stalin, from Truman to Ataturk, the greatest leader of the 20th century, although Time dropped him from its list of “Important Persons of the 20th Century” in 1999.

The biography of Steve Jobs by a former editor of Time, Walter Isaacson, is a masterpiece that makes a reader to “Think Differently”, using one of Jobs quotes, about the lives of geniuses, the creation of companies, friendship and the life itself and death. One of the comments in the 630 page book is about a servant who follows a victorious general paraded through the streets of Rome with a job to repeat to him, “Memento mori?- Remember you will die”, (P.461.) According to Isaacson, Steve Jobs always remembered that one day he would die. After he was diagnosed for cancer in 2000, he died in October 2011.

Like millions around the world, I have always been fascinated with the computers every time I sit in front of one, be it at work, libraries or home. What an incredible device, I tell myself, and wonder how it all works. I never owned an Apple computer or any of the Apple products, iMac computers, iPods, iPhones or the iPads sold at the Apple stores, including the magnificent store in Manhattan that Steve Jobs himself designed. However, I followed the developments in the computer industry like everyone else and the lives of many pioneers who ushered the computer age and the life of Steve Jobs, the genius who changed the world. I was surprised that Steve Jobs was not picked as the “Person of the Year” in 1984, when he first introduced the Macintosh computer, instead giving that honor to Computers, although Steve fancied that he would be picked, as told in the book. Perhaps, to make up for this, Time has issued a 96 page special “Commemorative Issue” in December 2011 that chronicles the life of Steve Jobs, including a section which shows that he was on the cover of Time 8 times but never as the Person of the Year.

Steve Jobs was born in 1955 in California to an American student who was dating a graduate student from Syria, Abdullahfattah Jandali, a moslem. Since they were not married and both were still in school, they decided to give Steve for adoption. A wonderful couple took Steve and raised him as if their own and convinced Steve to attend college with the fund that they had established for his education. He attended Reed College but dropped after a semester. Steve’s adopted father was Paul Jobs and mother was Clara, the daughter of Louis Hagopian, an Armenian born in Malatya in 1894 and Victoria Artinian, born in Izmir in 1894, who immigrated to the States following the 1915 Armenian re-location, according to an article in a newspaper but not mentioned in the book. Steve was traumatized by the fact that he was an adopted child and felt abandoned all his life. He met his biological mother many years later and visited her many times but never met his biological father, not forgiving him for abandoning him, although he did the same thing when he initially abandoned his daughter Lisa born out of wedlock, although in later years he bought a house for Lisa’s mother and visited her many times. Steve also had a sister, Mona Simpson, who became a writer and wrote several novels that also tell her brother’s story, such as, Anywhere but Here, and The Lost father. Mona meets their father but does not tell him that Steve is his son.

The book is not only on the life of Steve Jobs and the products that Apple invented between 1977 – 2010, and how they were introduced to the public with grandiose events. Steve had a wide circle of friends that included President Clinton, Bono, Joan Baez, and working relations with the CEOs of major companies in the Computer industry. There are many episodes in the book that tell about his dealings with Bill Gates, the founder of Microsoft, the second richest man in the US, who has also revolutionized the computer industry. The book mentions that Steve Jobs noted after iPad launch in January 2010 that President Obama never called although he did get one congratulatory call that day from his chief of staff, Rahm Emanuel. During one of Obama visits to the Silicon Valley, Steve Jobs spoke with him and even offered suggestions on how to improve the economy. He is also noted in the book statimg that Obama might  be a one term President.

The book also has many revelations on how some companies in the US work and whether the CEO or the Board has the ultimate control of the company, in Apple case, certainly the CEO, although he was fired by the Board and brought back after 12 years. Many prominent politicians, CEOs of many companies were on the “Board of Directors of Apple and Pixar”, the two companies founded by Jobs, which he served as the CEO simultaneously, even wondering if it was legal, since there were none others like this. Steve Jobs became the greatest business executive of the era, history probably placing him right next to Edison and Ford, and made Apple into the richest company on earth.

The book includes a section with many photographs, including several from his trips to Japan, Greece, Hawaii and many other places. The book also mentions a visit to Istanbul with his family during a trip that Steve Jobs took to Turkey in 2006 after being diagnosed for cancer, probably at Bill Gates’s advice who has vacationed in Turkey several times. A tour guide who arranged Steve Jobs’ Blue Voyage trip wrote recently about this trip, including Steve’s remarks about the Armenian issue. One of Steve’s best friends who worked for him was a brilliant engineer named Avadis Tevanian, an Armenian-American who must have told Steve about the Armenian tragedy and the events in 1915, most likely one sided, since not very many Armenians admit that certain Armenian groups revolted in eastern Anatolia before, during and after the First World War to create a state of their own on lands where they were never the majority. Evidently, Steve did not give the tour guide the iPhone that he had promised at the beginning of the trip and even did not shake her hand when they parted after the guide told some facts about the Armenian issue to set the record straight. However, these are not mentioned in the book.

Below is what Steve told Isaacson about his visit to a Turkish bath in Istanbul where a hired history professor took his family:

“I had a real revelation. We were all in robes, and they made some Turkish coffee for us. The professor explained how the coffee was made very different from anywhere else, and I realized, “So fucking what?” Which kids in Turkey give a shit about Turkish coffee? All day I hadked at young people in Istanbul. They were all drinking what every other kid in the world drinks, and they were wearing clothes that look like they were bought at the Gap, and they are all using cell phones. They were like kids everywhere else. It hit me that, for young people, this whole world is the same now. When we are making products, there is no such thing as a Turkish phone, or a music player that young people in Turkey would want that’s different from one young people elsewhere would want. We are just one world now (P. 528)”.

It is interesting that Mark Twain did not like the Turkish coffee either that he had during his visit to Istanbul more than 100 years ago, as he told in his book on his travels to Europe.

Coming back to the book and its author, I believe Isaacson is a great biographer and has made up for Time’s neglect by writing an honest book about Steve Jobs and the computer industry. I would like to make a modest proposal to Walter Isaacson that he should now write a biography of “Mustafa Kemal Ataturk”, to make up for Time’s neglect of the greatest leader of the 20th century, since he was a Managing Editor at Time magazine. Many biographies have been written on Ataturk, including the most famous ones by Lord Kinros and Andrew Mango, both British, but it is time that an American tell the real story of Ataturk from an American’s perspective, including Mustafa Kemal Pasha’s meeting with General Hubbard during the “Turkish War of Liberation”, the untruthful stories told by the US Ambassador Henry Morgenthau and the reasons for it and why the US has not recognized the 1923 Treaty of Lausanne that established the boundaries of the “Republic of Turkey.” The Americans need to know the truth about Mustafa Kemal Ataturk as they now know about Steve Jobs. Thank you for the wonderful book and best wishes for a Happy New Year.

A Search Of Peace and Harmony, through Ethics and Decency versus...