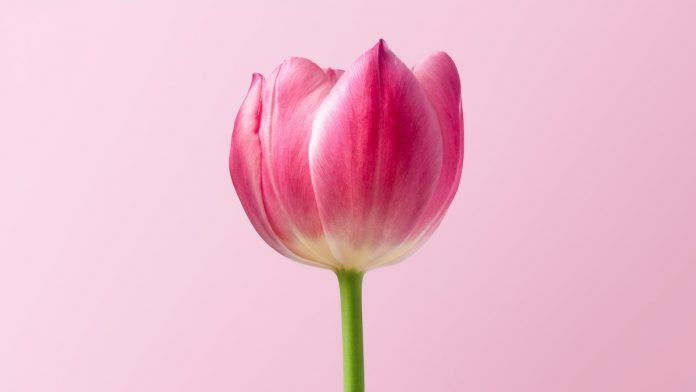 In these days, there is a musical play staged in Philadelphia called “Tulipomania”. It is commissioned by the Arden Theater Company. The show is about a 17th-century ill-fated tulip trader willing to give up everything for a single tulip bulb during the Dutch Tulip Craze. This Tulip Craze is referred to as the first recorded economic bubble in history. Its driving forces were ambition, greed and envy, all self-destructive.

Tulips are among the most popular of all garden flowers and were the centrepieces of the social, historical and economical events in two countries, namely Turkey and Netherlands. The people in both countries had emotional attachments to the tulip which brought ominous consequences, economically, socially or historically. Holland was so passionately involved in tulip mania that it ruined its economy. The Ottoman Empire too was seized in a frenzy of tulip so much so that a period of its history (1718-1730) is known as the “Tulip Period”. In both countries, the tulip was the centre-piece of daily life.

There is speculation that the name “tulip” comes from the Turkish “turban” as the plant’s blossoms resemble a turban.

Tulips were first noticed in the Ottoman land in the 1550s. The Austrian ambassador to Istanbul Ogier de Busbecq wrote of seeing the plants in Edirne in 1551, and he later sent some seeds to Vienna. The ceremonious arrival of the first tulip bulbs from the then Constantinople to Antwerp, Holland is 1562. This marked the beginning of the tulip horticultural industry in Europe. After the tulip was brought to Europe it became the most fashionable flower in Holland and also in England. Between 1634 and 1637, interest in this flower developed into a craze in Holland known as “Tulipomania”, or Tulip Craze. In a speculative frenzy individual bulbs sold for huge prices. In about 1610 a single bulb was acceptable as dowry for a bride. A flourishing brewery in France was exchanged for one bulb of the variety, which later called “Tulipe Brasserie”. At the peak of the crisis in 1637 some single tulip bulbs sold for more than ten times the annual income of a skilled craftsman. How could these Calvinist Dutch merchants that Rembrandt immortalized in his paintings become so obsessed with collecting flowers? It is inexplicable and only proves how intense this fad had been. The craze reached its height in Holland during 1633-1637. Homes, estates and even industries were mortgaged so that bulbs could be bought for resale at higher prices. The crash came early in 1637

Some eighty years later, the tulip mania turned up again, this time in the Ottoman land.

The Ottoman Sultan at that time was Ahmed III (1703-1730). He was a fun-loving ruler. He had a new palace built called “Sadabad” (Place of Happiness) away from the daily stress of his resident Palace. It was located in a remote area, at the Sweet Waters of Europe (Kagithane). The sketches of Chateau  Fountainbleau in Paris were brought in to be used as a model. Luxurious pavilions, statues, baths, lavish gardens for tulip cultivation and ornate fountains graced the area. Much as in the case of Holland, interest in the tulip bulb was pervasive and intense. Horticultural secrets were carefully guarded.

Rare strains of tulips were among the most coveted possessions and were used as a means of securing high offices. The sultan, members of the ruling class, wealthy subjects, and diplomatic corps enjoyed daily garden parties and festivals where entertainment was provided by poets, musicians, jugglers and dancers. At night turtles carrying candles on their backs walked around the tulip beds. It was a setting reminiscent of the 1001 Nights Fables.

The Tulip Period was a period of extravagance and also renovation in the country. It brought in its wake a general loosening of upper-class behaviour, which trickled down to the general public as well. An increased number of coffeehouses and taverns became the center of popular entertainment. The poets found a new license to extol wine and love openly. This secular nature of the themes furthered an acceptance of worldly interests and pleasures, preparing the way for the acceptance of new ways and ideas. The introduction of the printing press to the Ottoman land by Ibrahim Muteferrika, a Hungarian convert, coincided with this period. The influence of the printing press opened the Ottoman

eyes to the modern world. It was the beginning of the Ottoman Enlightenment, which is the most outstanding legacy of the Tulip Period.

The Tulip Period ended with dramatic events. The country was in the grips of rampant inflation, disorder, famine and plague, and the Palace was helpless to do anything to remedy the situation. Uprisings began to distress the realm again. Bandits, peasants, civilian and military rebels began to raid and ravage everything connected with the Tulip mood. The reactionary ulema and the disgruntled scribes fanned the discontent, and on September 28, 1730, an Albanian janissary by the name Patrona Halil came before the Beyazit Mosque declared that the sultan and the grand vizier had violated the Sheriat, and they started a rebellion that ended the Tulip Period.

The present play is a revised and re-written version of the original plot. The Artistic Director took a dramatic license, and chose to set the musical in a modern-day Amsterdam — in a hashish bar!  This is an unorthodox departure from the classical context and may be interpreted as a strikingly refreshing change.

BEAST ON THE MOON – A Hate Story in the form of a Play...