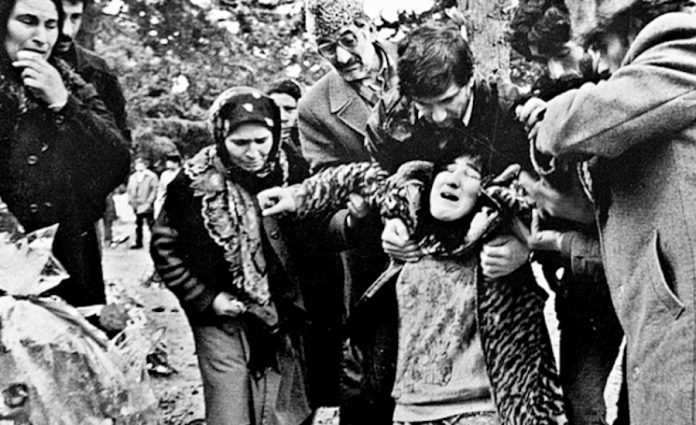 One of the earliest and best publications on revealing the Armenian propaganda against Turkey was a 20-page booklet prepared and issued by the Assembly of Turkish American Associations (ATAA) in 1982, almost 30 years ago. The booklet, Setting the Record Straight” opens with an advertisement that appeared in the New York Times on December 24, 1980, which begins with an appeal to all Americans to condemn terrorism and lists the names of Turkish ambassadors, Consul Generals and foreign service members who were murdered by Armenian terrorists. The booklet clearly states that “There was no genocide committed against the Armenians in the Ottoman Empire before or during World War One.”

The recent media reports on the French proposal reminded me of another booklet, issued by TESEV, but written by Aybars Gorgulu, a graduate of Saint Benoit French High School in Istanbul, whose president is one of the signatories to the letter to French Senate. The booklet, entitled, “Turkey-Armenia Relations: A Vicious Circle”, is 48 pages and examines the history of Turkey-Armenia relations, which have never been able to normalize since Armenia became an independent state. The one-sided presentation is primarily on the obstacles to normalization of relations, attempts to find a solution and why a solution is necessary. However, there is no mention of the Armenian revolts and the resurrections across the eastern Anatolia, the massacre of Turks during World War One, which caused the drastic resettlement action that the Ottoman government took, and the murder of Turkish diplomats explained in the above pamphlet. There is also no information on the role of the western powers who created the Armenian issue and were determined to partition Turkey, especially the role of the French.

Last year, a number of engineers, intellectuals, retired ambassadors and authors, both in America and Turkey, formed a group, “Concerned People to Set the Record Straight” and issued a series of pamphlets on the Armenian fabrications. The 9 pamphlets cover a series of falsifications and fabrications that the Armenians have used over the years to deceive the American people and to gain the support of legislators to issue Armenian resolutions, with of course well-oiled campaign funds. Among these are “ A portrait of Talat Pasha superimposed on a heap of skulls taken from the painting Apotheosis of War”, “altered photo of Ataturk with dead children in place of puppies,” “fabricated Hitler statement on Armenian genocide”, fabricated number of Armenian deaths”, the true story of Amb. Henry Morgenthau, the US envoy to Turkey 1913 – 1916, who is responsible for false reports more than anyone and others. Some of these fabrications also are covered in a book by Prof. Turkkaya Ataov, “Armenian falsifications,”  but not mentioned in the TESEV report These pamphlets have also been issued as a booklet in English which is in the final stages of being translated into Turkish, as suggested by a Turkish professor at a University.

Then there is yet another booklet, 1915, which was published on 19 May 2005 as an overview with a list of books on the Armenian issue. The booklet was issued on the 90th anniversary of the Battle of Dardanelles in West Anatolia and Rebellions and Resettlement of Armenians in East Anatolia and will be updated in 2012 with the latest developments and new books on the subject.

A former member of ATAA and Special Correspondent for the defunct Turkish Times, a publication of ATAA.

SUMERIAN as a dialect of Turkish (DINGIR, BILGAMESH, TUR, UTNAPISHTIM)