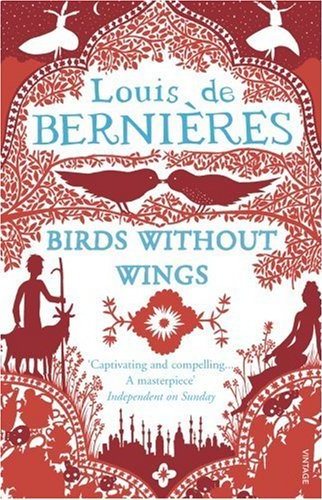 This book tells about what happened to the Greeks of Anatolia at the end of First World War. For many years the Greek version of events misled the people, never accepting that it was a blunder on their part and caused untold death and destruction in Anatolia and resettlement of 1,500,000 Anatolian refugees. Louis de Berniere, a  British soldier whose grandparent fought in the Dardanelle battles, tells about this event, truthfully, including the life of Mustafa Kemal Ataturk, from his birth to 1923 when the Republic of Turkey was established.

I visited Kayaköy several times, which is a wonderful place, as you have described in your book. The stories on the last days of the Ottoman Empire, the population exchange and the life of Mustafa Kemal Ataturk are very moving. As you have told HDN- SW, Birds Without Wings is the Turkish ”War and Peace.” Thank you for being a friend of Turkey.
On behalf of Turkish Library and Museum in America Project Working Group

"You Asked For TURKISH Traces" By Dr. Polat Kaya (Copyright ©...