Home General Articles Culture The Zodiac Names Revealed (Their etymologies are not what we are told)... 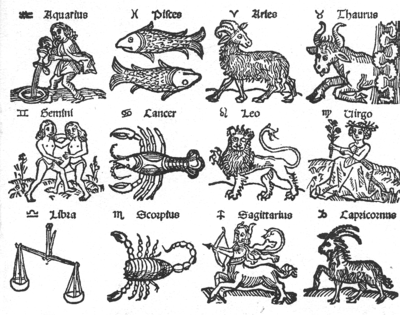 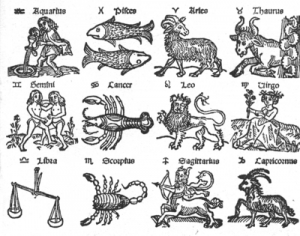 6.   VIRGO (ERGEN KIZ, BASAK  in Turkish),
Latin word VIRGINEUS  means “of a virgin, maidenly”. VIRGO, VIRGINIS means “a maiden, virgin”, [4, p. 268].  Defined as: [from Latin VIRGO a “virgin”, the constellation VIRGO in the Zodiac.]  In astronomy, a Zodiacal constellation on the celestial equator, due south of the handle of the Dipper, pictured as a woman holding a spike of grain.  The sixth sign of the zodiac.” [1, p. 1122].
When the Latin word VIRGINIS is rearranged letter-by-letter as “IRVIN-GIS” or “IRGIN-VIS”, we find that this so-called “Latin” name has been made up from the expression “IRGIN-GIS” which is the Turkish expression “ERGEN GIZ” meaning “an unmarried young girl”, that is a “young maiden” or a “virgin”.  Turkish ERGEN means “young un-married person”, that is,  “a virgin person”.  Turkish “GIZ” (KIZ) means “girl”.  Thus the so-called “Latin” word VIRGINIS signifying a “young maiden” has been made up from Turkish expression “ERGEN GIZ” contrary to the claim that it is “Indo-European” and/or “Latin” in origin.   The Latin word VIRGO is just the cut-off and restructured front end of the word VIRGINIS to which the meaning of “virgin”, as defined by the Turkish source, has been attributed.
7.    LIBRA (TERAZI in Turkish)
The Latin word LIBRA means “a balance, pair of scales” [4, p. 146].  This Latin LIBRA is the cut-off front end of longer words that mean the same – such as the following Latin words given in the same Latin source:
LIBRAMINIS meaning “balance, poise”. When the latin word LIBRAMINIS is rearranged letter-by-letter as “MIN-LIRASI-B”, with an L to T replacement, it is the Turkish expression “MEN TERAZI” meaning “I am a balance, I am a pair of scales”.  Turkish word MEN (MIN) means “I am” and  TERAZI means, “balance, pair of scales”.
LIBRATUS meanining “well poised, balanced”.   When this Latin word LIBRATUS is rearranged letter-by-letter as “L-TIRASU-B”, we see the Turkish expression “EL TERAZI” meaning a  “hand balance”, “pair of hand scales”.
LIBRATORIS meaning “a leveler”.  When this Latin word LIBRATORIS is rearranged letter-by-letter as “BR-L-TIRASI-O” or “BIR-L-TRASI-O”, we see the Turkish expression “BIR EL TERAZI O” meaning “it is a hand balance”, “it is a pair of hand scales”.
These longer so-called “Latin” words have unquestionably been manufactured from the corresponding Turkish expressions that I indicated above – all of which deal with forms of scales. Thus the Latin LIBRA is just a cut off front end portion of these longer words.
The Greek word for balance is given as “ISOMETRIA”. When ISOMETRIA is rearranged letter-by-letter as “TERASI-IOM”, it is the Hellenized Turkish expression  “TERAZIYUM” meaning “I am the balance,”, “I am the scales”.  There is no way we should be finding these exact corresponding Turkish expressions in these Greek and Latin words.  The reason why I am finding them is because Greek and Latin words have been manufactured from Turkish expressions used for the concept.  Thus this so-called Latin Zodiac name (i.e., LIBRA) is also from Turkish.

8.    SCORPIO (AKREP in Turkish)
The Latin form of the name is given as “SCORPIO”, “SCORPIONIS” and “SCORPIUS” meaning “scorpion”, a sign of zodiac. [4, p. 226 ] It is defined as: “from Greek SKORPIOS” [1, p. 892].  Greek SKORPAINA meaning sea-scorpion. [2, p. 677]
When the name SCORPIO is arranged letter-by-letter as “OCRIP-O-S”, we find the Turkish expression “AKREP O” meaning “it is scorpion”.  Alternatively if the word SCORPIO is arranged letter-by-letter as “SO-OCRIP” where letter C is a K, we find the Turkish expression “SU AKREP” meaning “water scorpion”. Turkish word “AKREP means “scorpion”, SU means “water and O means “it is”.  This clearly shows that this so-called “Latin” word is definately made up from Turkish expression and hence its source is unquestionably Turkish.
Etymologically it is said that this name is from Greek SKORPIOS.  Similarly, SKORPIOS, when rearranged as “SO-OKRIP”, it is the Turkish expression “SU AKREPI” meaning “water scorpion”.  We see this even better if we examine the Greek word SKORPAINA meaning “sea -scorpion”. When the word SKORPAINA is arranged letter-by-letter as “SO-AKRAPI-N”, we find the Turkish expression  “SU AKREPI” meaning “water scorpion” or “sea scorpion”.  Thus all of these clearly proove that these so-called Greek and/or Latin words are actually made up from Turkish expressions defining these names contrary to all the misinformation put forward by deceptive so-called “etymology games”.
9.    SAGITTARIUS (YAY in Turkish),
The Latin word SAGITTARIUS means “an archer, relating to arrows”, [4, p. 222]. SAGITTARIUS defined as:  [from Latin, meaning “an archer”]. a. A southern constellation pictured as a centaur shooting an arrow. b. The ninth sign of the zodiac, which the sun enters about November 22.” [1, p. 876].
When the Latin name SAGITTARIUS is rearranged letter-by-letter as “UG-ATISSI-ART”, we find the Turkish expression “OG ATICI ERTI” (OK ATICI ERDI) meaning “he is arrow shooter man”, that is, “he is an archer”. Turkish OG (OK) means “arrow”, ATICI means “he who shoots”, ER means “man, soldier, hero” and ERDI means “he is man, he is soldier”.
The concept of SAGITTARIUS meaning “an archer” has another meaning attached to it.  It is true that a man or woman archer can shoot the arrow, hence the person is an “archer”, but more importantly we need to have a BOW in order to be able to shoot an arrow.  Therefore a BOW (YAY in Turkish) is also an “archer”and an essential requirement of an “archer” person.  This is the reason that the zodiac name for SAGITTARIUS is YAY in Turkish.  It could have been “OKCU” meaning “arrow shooter” or “OK ATICI” meaning “arrow shooter” just as well.
Thus this so-called Latin zodiac name is also sourced from Turkish.
10.    CAPRICORNUS  (KEÇI, OGLAK in Turkish),
The Latin word CAPRICORN is defined as: [from French, from Latin “capricornus” from “caper” goat + “cornu” horn.]  Astronomy, A southern zodiacal constellation between Sagittarius and Aquarius. b) The tenth sign of the zodiac, into which the sun enters at the winter solstice, about december 22.” [1, p. 150].
We will show below that the above given etymology is totally bogus and does not reflect the truth.
In the Latin dictionary, the name CAPRICORNUS is defined as (a sign of zodiac, meaning “goat”) [3, p. 31] REF
When the Latin name CAPRICORNUS is rearranged letter-by-letter as “PIR-R-CACOSUN”, we find the Turkish expression “BIR ER KEÇUSUN” meaning “you are one he-goat”. The zodiac sign is a “he-goat”.  Turkish words PIR (BIR) means “one”, ER means “man, he”, KEÇU (KEÇI) means “goat” and KEÇUSUN means “you are goat”. This again verifies that this zodiac name has also been made up from a Turkish source.
This shows conclusively that not only above dictionary given etymology is bogus but the word is rather made up from Turkish.

Rebel Land – Unraveling the Riddle of History in a Turkish...