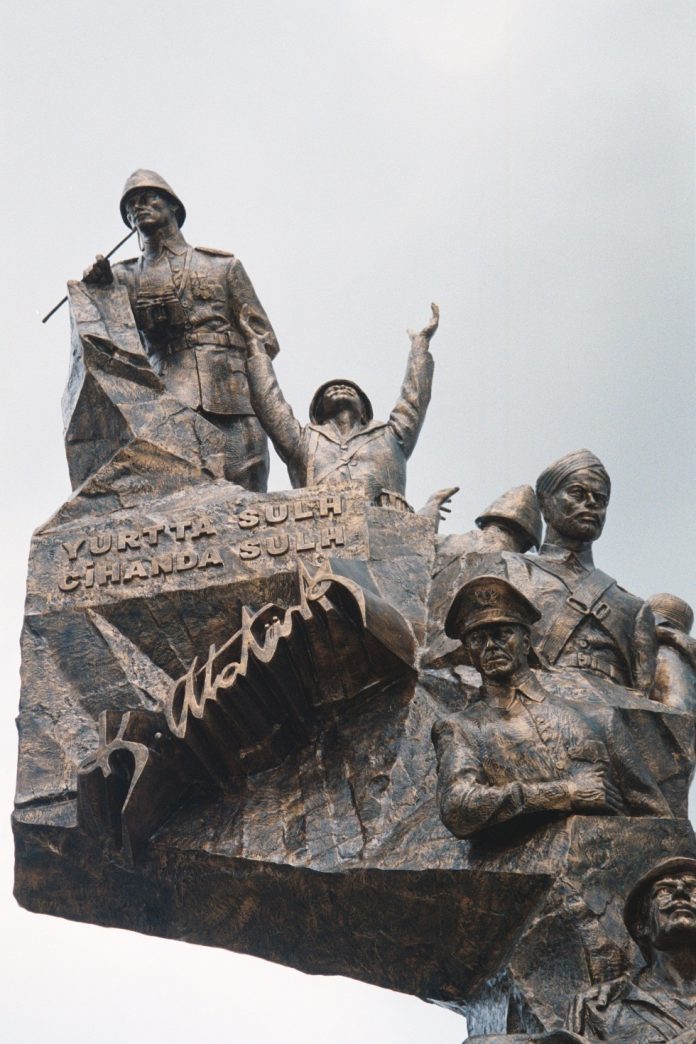 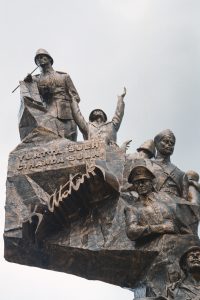 18 March is being celebrated as Martyrs Day and Canakkale Sea Victory Week in and around Canakkale and in several cities accros Turkey with many activites and the inauguration of a new park in Eceabat with a monument by Turkey’s most important sculptor, Prof. Dr. Tankut Oktem. The opening ceremony of the week long activities took place at the ‘’Cimenlik Kalesi’’ in Canakkale on March 12, followed by many conferences, concerts and exhibitions through 18 March. An exhibition of photographs, taken during the Gallipoli campaign by an officer, including the most famous photograph of Mustafa Kemal in Ariburnu, took place at the Sea Museum. The final phase of a project that was started by Opet in 2006 to renovate the Gallipoli Peninsula was completed with the opening of the ‘’Respect to History Park’’ in Eceabat where the 12 meter high monument is the center piece.

The history of Canakkale region goes back to around 5000 BC, known also  Troas. The city of Canakkale was called Hellespot, taking its name from Princess Helle who falls off the ram when she a was sent away by her stepmother, according to mythology. The Canakkale straits link the Mediterenean and the Aegean Seas to the Marmara and the Black Sea.

The Gallipoli campaign and the victory of the Turkish forces is one of the most important events in the history of the First World War and the world. The deadlock on the Western Front in 1915 and the struggles of the Russian army in the east prompted First Lord of the Admiralty Winston Churchill to convince the British cabinet to strike in Gallipoli and pave the way to the capture of  Turkish capital of Constantinople (Istanbul.) The campaign began with an attempt to force the Dardannelles by naval force alone which failed when the Turkish forces sank three Allied battleships on March 18, 1915, part of a 16 ship armada.

Following this failure, British Secretary of State for War, Lord Kitcehener, decided on a land invasion with a mission to seize Gallipoli peninsula and clear the way for the Royal navy to capture Constantinople (Istanbul.) The attack was launced on 25 April 1915 at Cape Helles and the Anzacs came ashore at Ari Burnu but were stopped by the Turkish defence forces commanded by Mustafa Kemal. The campaign was stalled until October and the allied forced evacuated the area in December 1915 and January 1916.

On Sunday, 17 March, a new park was inaugurated next to the boat terminal in Eceabat, called Respect to History. The park includes the 12 meter high monument with Ataturk at the top, with replicas of monuments in various parts of the Gallipolu Park, including the famous statue of a Turkish soldier carrying a wounded Australian soldier (Photo 1.) and a praying soldier with his hand up. The monument was conceived and started by Prof. Dr. Tankut Oktem before his death in a car accident on 5 December 2007 and completed by his associates and students.

The second of a trilogy on the events of the 20th century that saw the demise of the Ottoman Empire and the establishment of the Turkish Republic was published early in March, 2008. The author of ‘’Su Cilgin Turkler – Those Crazy Turks’’, Turgut Ozakman’s book Dirilis-Resuýrrection, tells the story of Canakkale and the Ottoman Empire in 1915 as a novel, but true to the historical facts. It is an excellent book with 105 pages of footnotes,15 pages of references and many pgotographs (Total 686 pages.) The author stated recently during several TV appearances that he is working on his third book, ‘’Cumhuriyet’’ on the War of Independence.

The famous song on Canakkale

Baba Turbeh in Fulya, Besiktas – Modern but Fake – Only...

85th Anniversary of the Turkish Republic and Journey to the History...