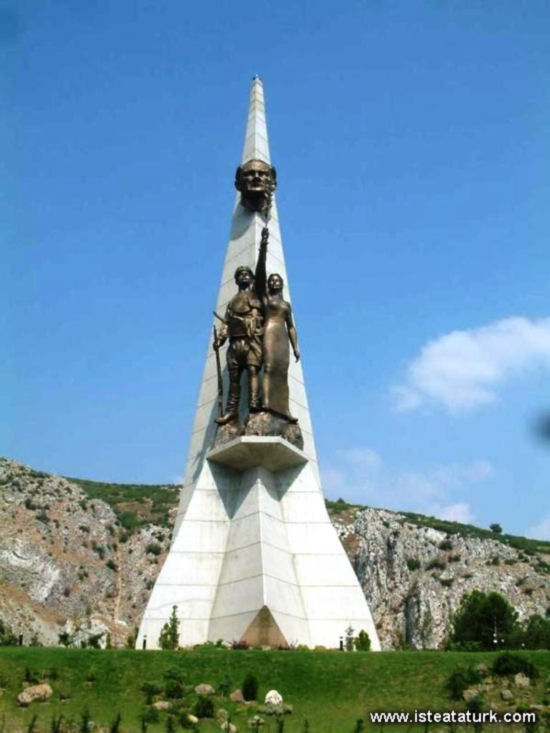 One of the most meaningful monuments in Turkey was inaugurated near Manisa recently in honour of the Nationalist Forces (Kuvay-i Milliye) who were the first volunteers to fight against the invading Greek army and initiate the War of Independence under the leadership of Mustafa Kemal. The tall structure with a sculpture of Ataturk’s head near the top and two youth with the lady holding an olive branch towards the centre is located in between the two-lane highway that runs from Izmir to Manisa. There is a beautiful park around the monument as well.

The 68-meter high monument is the work of Sculptor Prof. Dr. Tankut Okdem, who had to sell his two houses when the funds from the Manisa Governor’s office dried out. Prof. Dr. Okdem is probably best-known sculptor in Turkey with many of his statutes located in countries around the world from Korea to the United States. His monument in front of the Army War School made the cover of Time magazine several years ago.

President of Republic of Turkey Should go to Erivan with a Message from the...

The Road Less Chosen – A Book on Rural Development ...