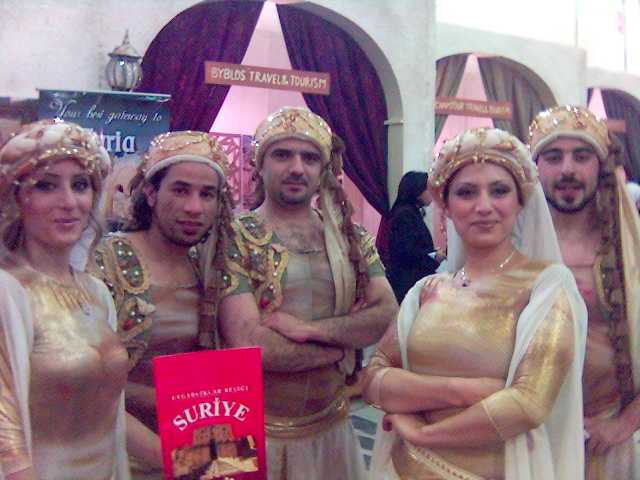 The Largest Tourism fair in Istanbul with International Participation from 55 Countries and 2,500 Companies – 14 to 17 February 2008 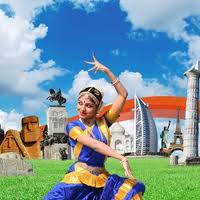 The Eastern Mediterranean International Tourism and Travel (EMITT) fair opened on 14 February with a ceremony that included Minister of Culture and Tourism as well as representatives from many neighbouring countries. The fair featured many special events and promotions including performances, free holiday and flight giveaways. The organizers claimed that the occasion is the ‘’greatest tourism exhibition in the Mediterranean Region, the Middle East, Asia and South-Eastern Europe.’’

Countries neighbouring Turkey all had stands, except Armenia, which is sad and a missed opportunity for the Armenian youth of Istanbul and Armenia. Armenian publishers have participated in Book Fairs before, but not in this fair. Georgia was represented at a stand, ABSOLUTE, where vodka and wine were offered both as refreshment and for sale. Iran had one of the largest stands. It was a pleasant surprise to see Palestine exhibiting the treasures of their small country, hoping to join the nations of the world, perhaps soon, following the independence of Kosova set for February 17, 2008 (In fact the declaration was made today).

Syria had one of the largest stands where performances were presented almost continuously (Photo 1). During one of the shows, I saw a young reporter with turban taking photographs of dancers at the Syrian Stand, both men and women, and could not resist asking the lady, ‘’Isn’t taking photographs of people, especially dancing ladies, against Islam?’’. She looked at me and, with a smile,  commented, ‘’Guzele bakmak sevaptir – looking at beauty is a good deed.’’ The response surprised me. ‘’You are right’’, I said and congratulated her by shaking her hand. ‘’You see, you shook my hand, isn’t that also against the Islamic tradition, and you are wearing a turban’’, I said. She smiled aga,n and said, ‘’I can not say that you are wrong.’’ She told me that she works for a magazine published in  Eyup, called Gokturk Magazine.

Turkish Republic of North Cyprus also had a very large stand and Mehter, the Military Band, played to the delight of the visitors (Photo 3). Not too far was the stand of Russia.

One of 9 sites on UNESCO’s World Culture List in Turkey, Safranbolu Municipality had a very large stand, surrounded by stands of Safranbolu hotels and Karabuk (Photo 2). Eflani, another small province of Karabuk with a population of perhaps 2,500 (10,000 with its villages), also had a stand hosted by the Mayor. Another town with a stand was Bartin, a historical town with 3,000-year history not too far from Safranbolu. Among the many brochures distributed was one announcing a ‘’Food fair’’ to be held in Safranbolu on May 23/27, 2008, dully noted on the agenda.

The historical district of Mersin, Tarsus has more population than half the 81 provinces of Turkey and is home to the Museum of St Paul. Tarsus will be celebrating the 2,000th anniversary of St. Paul who was born in Tarsus, together with other cities where St Paul preached Christianity. Adana also had a stand.
Kemaliye

Kemaliye, known as Egin until it was named after Ataturk following his visit there, is one of the most beautiful towns along the shores of Firat (Euphrates) near Erzincan

Izmir, Bursa, Urfa, Samsun, just to name a few other cities, had stands and exhibitions with local newspapers from each city, such as Ordu Haber, Dut agaci of Kemaliye, Anayurt.

Most of the cities were represented by their Mayors or representatives of the Governor, including Diyarbakir which attracted visitors with food prepared at their stand. Many visitors participated in the local dances at the Diyarbakir stand, including Mayor Osman Baydemir.

Trabzon stand also featured local dances and by the time I reached Edirne stand, the famous ‘badem ezmesi’
was all gone.

For the interested traveller, there are many historical spots, including the ancient city of Bergama, or Pergamum, founded on the Aegean coast as a city-state in this fertile, raised spot, able to feed its people and provide health services at a spa named Allianoi, soon to be submerged underwater. Perhaps other fascinating places include a monastery carved high up in the hills near Fethiye (a town named after the pilot Fethi, one of the earliest pioneers in aviation) facing the Mediterranean Sea and Gerga, near Alabayir, a monument set amidst wild scenery, whose significance remains a mystery to historians – the word GERGAS is carved in Greek lettering on the monument, and scattered remains of monumental sculptures including a mighty lion’s paw, one metre wide, strew the site.

According to the UN World Tourism Organisation, Turkey was one of the ten most popular international tourist destinations in 2007 and the number of tourists visiting Turkey last year increased by 25% compared to the year before. This number is expected to increase much more in the coming years.

The fair was very well organized and a large attendance was expected. The first 2 days were devoted to the professionals and tour operators and the next 2 days for the public and others. Unfortunately, a snowstorm hit Istanbul on Saturday which is expected to continue through the weekend which may keep some of the fairgoers away, which is a pity.

Other countries that were absent from the fair was Iraq, Israel and the United States. Americans love to travel and the number of visitors to Turkey from America has been steadily increasing over the years.

It is worth remembering that, among the many prominent Americans, Martin Luther King whose Nobel Peace Medal is displayed at the Atlanta Hartsfield International Airport, believed in travel as raising people’s cultural awareness and, in so doing, reducing their stereotypes and prejudice.

Anatolia in Armenia – A Documentary called “Nor Anadolu – New...