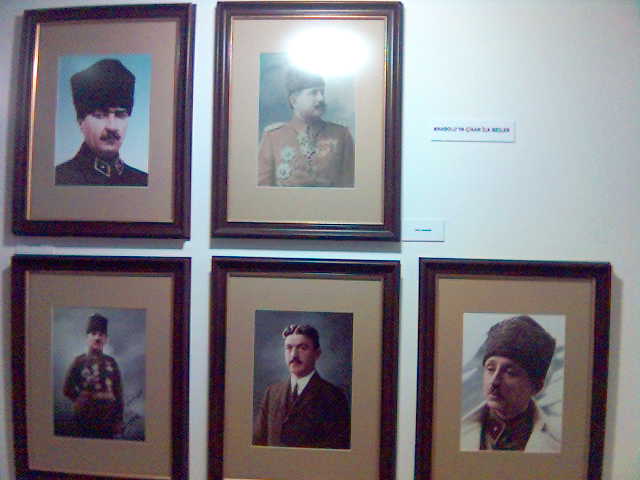 An exhibition of photographs, personal belongings including a small Koran, books and letters, was opened to the public at Yapi Kredi Cultural Center in Istanbul last week.

There are also photographs of Kazim Karabekir Museum located in Erenkoy, his long-time home after his retirement, and depository of some of the material presented at the exhibition.

General Kazim Karabekir is a well known historical military and a political figure of the last days of the Ottoman Empire and the early years of the Turkish Republic who is referred to as the ¡§Conqueror of the East¡¨ due to his accomplishments during the War of Independence.

He is one of the first four generals who followed Mustafa Kemal to Anatolia and stood on Mustafa Kemal¡¦s side after presenting himself in Erzurum after a minor confrontation, although there were misunderstandings between them.

The other generals are Generals Ali Fuat Cebesoy, Rauf Orbay and Refet Bele who, in their own way, accomplished major victories as commanders and comrade-in-arm of Mustafa Kemal.

Kazim Karabekir was born in 1882 in Kocamustafa Pasa district of Istanbul and graduated from the War College in 1907 as captain. His father was Karamanli Mehmet Emin Pasa who volunteered to fight in the Crimean War at the age of 16 and later participated in the Silistra and Sevastopol battles.

The family is from the town of Gafariyat (now Kazim Karabekir) of Karaman in Southern Turkey. He started his career in Manastir and served in several different fronts, including the Gallipoli campaign. He won major victories against the Armenians, taking back Kars and Ardahan which were occupied by the Russians and signed the Kars Agreement with them in 1922. After his retirement from the military, he entered politics and was elected a deputy from Edirne in 1924. 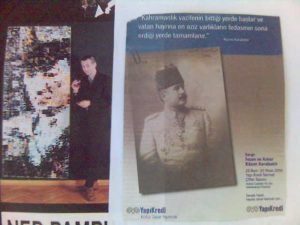 Kazim Karabekir is well known for his philanthropies and establishment of orphanages in Eastern Anatolia for children who lost their parents during the war.

Many Armenian children were also placed in orphanages and cared for, many of whom grew up to become loyal Turkish citizens and held important positions. He also established a museum for children. One of the exhibition clippings from one of his writings state the following:

Hayatimda bana zevk veren hayli basarilarim vardir. En zevklisi, binlerce bakimsiz cocugun hayat ve gelecegini kurtarmak olmusdur.- I have had many successes in my life that gave me pleasure. However, the most important one was to save the lives and the future of thousands of poor children.

Kazim Karabekir was one of the founders of Turkey¡¦s first opposition party (Terakkiperver Cumhuriyet Firkasi) and later its President. However, the party was closed the following year after he was accused of having taken part in a suicide attempt against Mustafa Kemal¡¦s life and was tried at the Istiklal Mahkemesi ¡V Independence Court, together with General Rauf Orbay and others, but was found not guilty.

Mustafa Kemal¡¦s and Kazim Karabekir¡¦s paths parted afterwards, which according to some, is inevitable in a time of revolutions. He retired from politics in 1927, re-entering in 1939 and serving as Istanbul deputy from 1943 to 1946 and as the Speaker of the Grand National Assembly 1946 – 1948. He died in 1948 in Ankara.

Kazim Karabekir wrote many books in his lifetime including The Quarrel of the Generals, My Life, The Kurdish Issue, The Armenian Atrocities and ¡§The History of the War of Independence¡¨ which was prevented from publication for many years due to is controversial coverage of some of the events, contrary to the way it was told in Mustafa Kemal¡¦s Nutuk ¡V Speech, according to some reviewers, including Taha Akyol, the author of the book, ¡§Let us Love Ataturk, but Which One. ¡§

The exhibition has been organized by Kazim Karabekir¡¦s daughter Hayat Hanim and his granddaughter Dr Pinar Akkoyunlu.

On the Roads of Anatolia and Thrace, Turkey Hacikiri (Vardiha) Bridge...