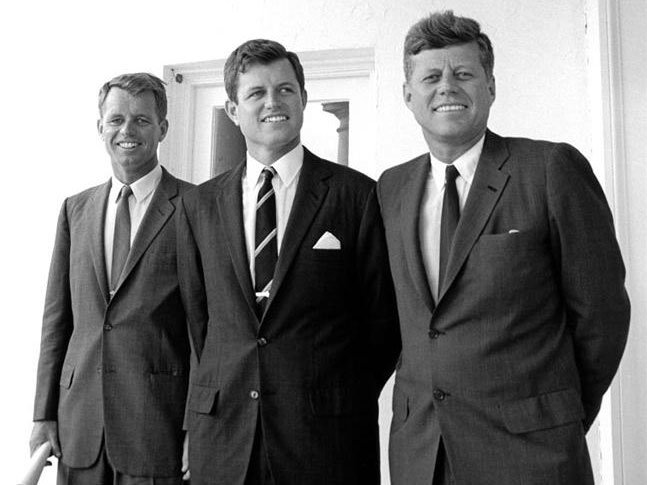 Senator Ted Kennedy died last week at the age of 77 after serving in the US Senate for 47 years. The memorial service for Senator Ted Kennedy at the Presidential Kennedy Library and Museum was broadcast in Turkey very early Saturday morning. It was more of a celebration than show of grievance. John and Caroline Kennedy spoke lovingly of their uncle who was most famous for arranging historical visits around America during the annual Kennedy family reunions, “share the love of being together” as echoed by his niece. Vice President Joe Biden said that, if it was not for Ted Kennedy, he would not be where he is today.

Joseph Kennedy, the head of the Kennedy family and the father of 9 children including Ted Kennedy, became famous when he was appointed as the US Ambassador to England and, taking advantage of the prohibition, exported Irish and British spirits to the US. After the lifting of the prohibition, Joseph Kennedy was the first one to establish liquor factories in the United States which made him a multi-millionaire.

Kennedy family, well known around the world as the non-crowned American royal family, was part of the Boston politics and always received the support of the large Armenian community in and around Boston . Even though John F. Kennedy’s name was given to an avenue in Turkey , I don’t recall any member of the Kennedy family ever visiting Turkey . They have always supported the false Armenian claims and voted for the mythical Armenian genocide resolutions. If only Ted Kennedy had arranged one of their family re-unions in Turkey and tried to learn the truth about the sad events that took place during the First World War, especially since one of his brothers was killed during the Second World War. I hope Carolyn Kennedy will complete this mission and come to Istanbul in 2010 when all of Europe and Turkey will be celebrating the crowning of Istanbul as the Culture Capital of Europe. Perhaps she will have a chance to learn that the Ottoman Sultan was the only European monarch which sent ship loads of grain to the starving Irish during the potato famine of 1830s.

As I walked into the Lounge on the 9th floor of the Hilton Hotel last night, I saw a lady listening to President Obama on CNN with tears in her eyes. I sat next to her, trying to comfort her which also gave me a chance to talk to her about the Kennedy family.  She knew all about the Kennedys but was surprised to learn that no Kennedy had ever visited Turkey which she said was a lovely country. When I told her the unjust support that the Kennedy family members gave to the Armenians without knowing the real truth, all she said was, “I did not know that.”

President Obama is fighting the opponents to his Health care plan which was also championed by Ted Kennedy and some are suggesting to attach his name o the bill., including the Progressive Change Campaign Committee. Perhaps, it would be fitting to call it the “Kennedy Health Care Plan” if it would help the passage.