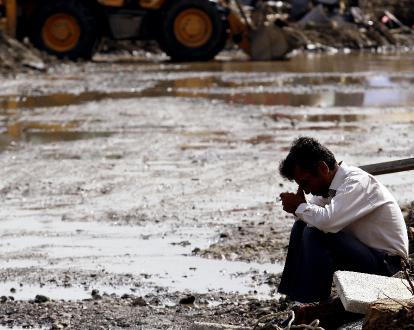 While in Turkey, I usually drive from Kozyatagi on the Anatolian side to Esenyurt on the European side, a distance of close to 60 km., crossing the famous Bosphorous.  Kozyatagi, a district of Kadikoy, is a well-developed section of Istanbul and Esenyurt is a huge town in the making not too far from the Ataturk Airport and the area that was the scene of a disastrous flood on Wednesday 9/9/09, a day that most thought would be peaceful. I use either the Trans European Motorway (TEM), the Highway E-5 that goes through Istanbul or the short drive along the Sea of Marmara.  During the past 15 years, I witnessed the incredible and never-ending construction of new apartments all along with all three venues and in fact all over Turkey (1). Many of the high rise apartments are built by Toplu Konut Idaresi (TOKI), Mass Housing Administration, including the several developments in Halkali where the September 9, 2009 disaster struck. I suppose TOKI provides affordable apartments to thousands but with little consideration of real site improvements near the apartments or building sports facilities or parks near these mega structures where thousands live. The photograph in the attachments shows the Halkali TOKI apartments that have been mentioned in the media in relation to the flood.

On Tuesday, several cities in the Thracian region, including Saray, Catalca, were under heavy rain with devastating impact where eight people were killed. Early Wednesday morning, Istanbul was hit with a rainstorm which many stated was the heaviest in 80 years. The river Ayamama that runs from North to South overflew and destroyed many houses, truck parks, industrial facilities, cars and caused incredible destruction. 24 people were drowned with over 9 still missing, including a one and a half-year-old girl Dila. Most of these deaths occurred along the highway that connects E-5 to TEM which runs parallel to the river, widened over the years at the expense of the river. Many industrial facilities and houses, including expensive villas were built, some without building permits according to several officials who have been speaking on various TV programs. Luckily, when I headed to the connector to go on to TEM, the road was closed, but I was stuck in the traffic over two hours trying to go back to my apartment. The same was true during the morning rush the following day.

Almost all major cities around the world have rivers that run through them, most fully developed with recreation facilities along their sides. Unfortunately, this is not the case in Turkey, especially for many rivers that criss-cross Istanbul. Of course, there are many cities that have developed the river basins, such as Eskisehir, Adana, Saimbeyly and many others. The area on two sides of river Ayamama has been under development for over 15 years with many new buildings and facilities but little consideration to the river’s basin, in fact in some sections reduced to less than 7 meters when the plans called for a minimum with of 13 meters, according to the head of the Chamber of Architects who spoke last night. Evidently many houses and factories including a new shopping centre have been built ignoring the 100-meter zone along the two sides of the river.

Ayamama runs under Highway E-5 and passes near the two luxurious WOW Hotels which was partially flooded and an embankment had to be built in a hurry to keep the water away. The river eventually discharges into the Sea of Marmara which on Wednesday carried many cars and household furniture with it. Several plans have been developed for the rehabilitation of Ayamama river, similar to the success at Alibey nearby, but it has not been implemented yet.

Last year Istanbul was the host for the World Water Conference which was attended by several thousands of experts from around the world. Every aspect of water usage, from dams to reservoirs and river developments were discussed. The Conference was held at the newly built Sutluce Conference and Exhibition Centre which lacked a picture of Ataturk, a common practice at many conference centres and five-star hotels. I had suggested that his poster should be placed and perhaps a statue of Architect Sinan should also be installed since Istanbul is adorned with many structures that he built, including the bridge on Ayayama, still standing after 400 years. Many new bridges with small openings on the river were clogged, one of the reasons for the impact of the flood. According to an article by Ozgen Acar in Cumhuriyet, Architect Sinan realized the natural forces of floods and designed his bridges accordingly.

As Istanbul suburbs dry out from the flooding, residents who were impacted have started to pick up the pieces of their lives, many without insurance or no place to go. It is a very sad situation that should have never happened. Some have estimated the loss will be over $ 200 million. Many stated on TV that everything that they owned was lost in the flood. An owner of a truck company lost many of trucks that were in the truck stop built close to the river bed. People are arguing who to blame pointing their fingers to the local governments. Time will show. 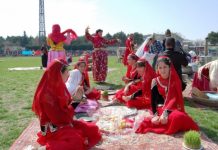 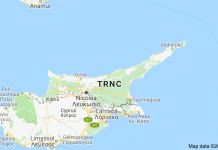 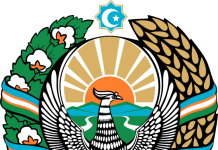 “Words Under the Lens Series”-#2: The latin word “FERRAMENTUM” sourced from...