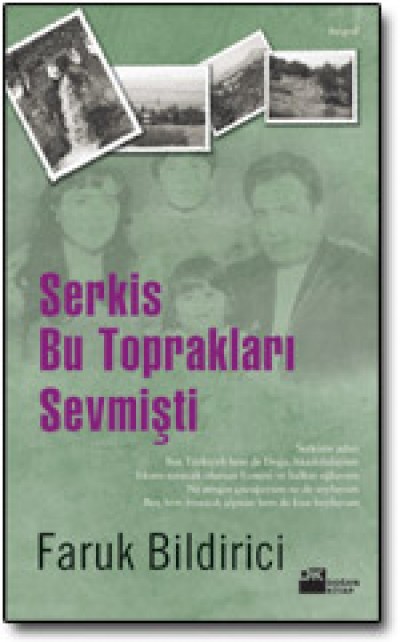 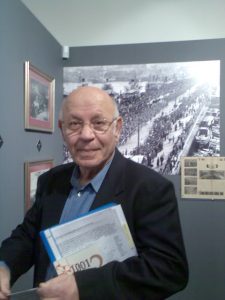 Since 1965, when the 50th Anniversary of 1915 tragic events (unjustly referred to as the Armenian genocide) was first commemorated at the Riverside Church in New York City,  which I attended quite by chance, and around the world, hundreds of books have been published on the Armenian issue. Some of these are by the survivors or the children or the grandchildren of Armenians who died during the relocation from Anatolia to Syrian lands which were part of the Ottoman Empire at the time.. Almost all of these memoirs begin with a paragraph such as this one:

ʽʼThis is the story of …. who survived or whose grandparent was killed during the Armenian genocide..ʼʼ

However, these books never mention the Armenian rebellions that took place across the eastern Anatolia and the massacre of Turks by the Armenian guerillas which resulted in the death of Armenians as well and eventually their relocation from the war zones. The Turks suffered just as much and hundreds and thousands of Turks were also killed during the First World War when the Ottoman Empire was attacked by the British, the French, the Italians and the Russians from every side whose armies included Armenian volunteers in the tens of thousands, who were manipulated with the hope of establishing a state of their own on lands where they were never the majority. It is sad and both sides of the conflict must be told. Unfortunately, very few Turkish survivors or witnesses wrote about their experiences at the time except a few (1)

The new book that was lent to me by a friend, who knows my interest in the Armenian issue and also hopes that one day the Armenians and Turks who have lived side by side for close to a thousand-year will again be friends, is the story of the son of a survivor told to the Turkish writer, Faruk Bildirici, who is known for his historical novels and is different from other books. It is a sad story but unfortunately, one-sided, less so from the others.

ʽʼSerkis Had Loved This Landʼʼ is the story of Serkis Imas who was born in Elazig in 1932.  His mother was adopted by a military doctor Sami Bey during the 1915 relocation, who moved to Istanbul and Serkis had a good life where he lived with until 1961, when he moved to Germany for various reasons. During his retirement, Serkis decided to leave something from himself to his two children and their grandchildren and started writing his memoirs which he worked on for many years. For the publication of his memoirs, Serkis contacted Faruk Bildirici and sent him the notebooks that he wrote on. Bildirici never met Serkis but corresponded and published his memoirs. Serkis died last year in Germany at the age of 75, without seeing the realisation of his book.

This is written on the cover of the book:

My name is Serkis
I am from Turkey and also from Eastern Anatolia
If you ask me my race, I am Armenian and the son of my people
I am neither rich or famous
I am a bit fat and also short

In the preface, Faruk Bildirici accounts how he received the first letter from Serkis telling hs life story that began in Elazig and ended up in Germany. The letter was followed by manuscripts of Serkisʼs memoirs and Bildirici corresponded with Serkis over the years.

In the first chapter, ”If it wasn’t for Dr. Sami bey,ʼʼ Serkis tells the story of his grandfather who was excluded from relocation because he was the only mill operator in the village. His grandmother was taken with the 7-year-old Susan and the 3-year-old Antranik who are forced to walk to Maden. On the way, the 3-year-old boy is taken from the group and drowned by one of the Kurds who appear during the relocation. Why would anyone kill a 3-year-old boy is something hard to believe. The same Kurds take the girl Susan to the house of Dr. Sami bey in Konakalmaz village who pays them.. Susan is adopted and lives at Sami Bey’s house for 7 years when one day an Armenian sees her and tells her father that she is alive, who is still operating the mill. Her father Asadur goes to Sami bey and asks for her daughter and takes her back to his village.

In the second chapter, ʽʼOur Village was the Land of a Fairy Tale ʽʼ, Serkis tells the story of his early childhood and the death of his brother, named Antranik after his uncle who was killed during the relocation at the age of 3. His sister, Zivart, dies following burns to her body after the son of his other uncle Armenak lits her dress with a match that he brings to his father. Serkisʼs father never complains to the boys’ father who caused his daughterʼs death.

In the third chapter, Serkis tells how the Armenians were drafted into the Turkish army and how some of them fled after they were forced to work as labourers in road constructions. Serkis also tells the story of the Armenian rebellion in Zeytoon that took place in 1895 which continued with intervals until March 1915 (P. 48).

In 1947, members of the large family, including his big brother and uncleʼs children decide to move to Istanbul one after the other and Serkis begins a new life at the age of 14 after a two-day train journey to Istanbul.. In 1953 he is drafted into the Turkish army and travels to Eruzurm to join his unit. After two years in the military, Serkis returns to Istanbul and witnesses the 6/7 September incident, which is a dark chapter in Turkish history. His uncle Manukʼs tailor store is among the ones that were destroyed. Like many Rums and Armenians, Manuk goes to the United States with his family.

Serkis first marries an Armenian girl, Annagul and has three daughters from her first one in 1957. On 17 February 1964, Sergis goes to Germany and starts working at a construction site. He tells about the life of the Turkish guest workers, including his own and deteriorating marriage. He brings his family to Germany, followed by his brothers and his father, like many hundreds and thousands of Turks before them. One day he meets a Moslem Turk, Duriye and has a child from her. Although they live apart, he brings the kid to his wife to take care of him. Finally,  Annagul leaves him and Sekis marries Duriye. It is a sad story.

In several sections of the book, Serkis tells people that the Armenians and Turks lived together for hundreds of years, and states that something happened between them during the war years. Here, Serkis does not tell the fact that the Armenians were educated and took many responsible positions in the Ottoman society and the government but many also rebelled against their own government and massacred the helpless villages. The story should not begin with just stating that they were relocated.. If the Armenians would face this truth, the conflict would probably be solved.

In the last chapter, ”The Final Word”, Serkis writes that he read many books in his lifetime, more than his weight, primarily to educate himself and to understand different people, stating, ”I knew that, while defending the black, I needed to know the white as well. Therefore, as I wrote about my family I tried to be honest and just as a father has an obligation to point out the wrongs to his children citizens of a nation ought to do the same. As someone who loves this country, I tried to point out the issues. The bottom line is that the worthless rulers of the Empire thought that they had brains. I did not see any wrongs of Mustafa Kemal Ataturk a great soldier and statesman of the 20th century. I used to call Ataturk “the Prophet of his times”. Someone who treats a prisoner of war general with dignity and rejects stepping on the Greek flag deserves this.”

It is a sad story of someone who until his death called himself an Armenian Turk and never had a feeling of hatred towards the Turks. He visited Turkey many times and the ten pages at the end of the book are full of photographs of his village in Turkey and family, including his children.

I hope this book will be translated into English soon and read by the Diaspora Armenians who perhaps will see the other side of the story.

85th Anniversary of the Turkish Republic and Journey to the History of National Anthem...

Would Armenia like to Solve the Nagorno Karabakh Conflict? What is...

The Nuclear Danger is Just 16 Kilometers Far Away From Turkey...