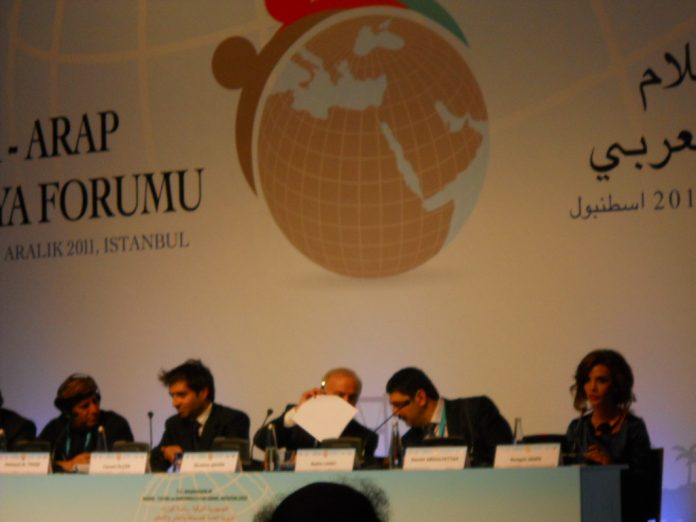 About a month ago, the name of the 47-year-old English daily, ‘’Turkish Daily News’’ was changed to ‘’Hurriyet Daily News and Economic Review’’. It is actually a two-sided newspaper which you have to turn around to read the economic pages, usually 6 to 8. The Editor-in-Chief, David Judson, explained in one of his articles that the changes came after intense discussions which included a change in the management of the newspaper. Nuri Colakoglu is gone as the Chief Executive, who probably wanted to devote all his time to his duty as the Chairman of the ‘’2010 European Capital Istanbul’’ mega project. The new CEO is Vuslat Dogan Sabancı of the famous Sabancı family. Gul Demir is still the Istanbul representative who writes excellent in-depth articles about Turkey. There are several new faces but the web page is still the same, www.trukishdailynews.com.

A weekly English newspaper also appeared at the newsstands and some hotel lobbies this year, ‘’Turkey Star’’, published in Girne, North Cyprus. The Chairman of the Board of the International newspaper is Ali Ozmen Safa and the Editor-in-Chief is Artun Caga. The paper is printed in Istanbul and distributed by Turkuvaz Pazarlama San. Ve Tic. A.Ş. The last issue dated Nov 7-13, is 40 pages and full of many useful articles and news of both Turkey and North Cyprus, including a full-page ‘’Festival Country: Turkey’’, that lists current festivals with dates and addresses of the organisations, which is very useful..

This year also marked the 100th anniversary of the Armenian daily, ‘’Jamanak’’, which has been published by the same family of Kocunyan. The newspaper is now headed by the 35-year-old Ara Koçunyan who went to Erivan with President Abdullah Gul in September to watch the World Cup soccer game and was also invited to the 29 October Republic Day reception in Cankaya. The paper was founded in 1908 by his great-grandfather and has been continued through generations with the support of the Armenian community in Istanbul. According to a recent interview, Ara states that the publication is guided through three principles, that the readers are Turkish citizens, Armenian and Christian. The newspaper is a member of the Turkish Newspapers Association.

Both the Daily News and the Turkey Star include continuous coverage of the Turkish-Armenian issue and the new developments that are taking place. Weekly Jamanak and the other Armenian weekly, ‘’Agos’’ devotes many articles and book reviews on the Armenian issue as well. Armenian Foreign Minister Edrawd Nalbandian will be coming to Istanbul on November and, according to the newspapers, Turkish Foreign Minister Ali Babacan will discuss Armenian claims of genocide, although Turkey and Armenia have no official diplomatic relations and the common border remains closed. Let us hope that something good will come out of these discussions for the good of all the Armenians, Turks.and the World.

The Sardinian Capital City NORA and Sardinian Kinship With the Phoenicians...