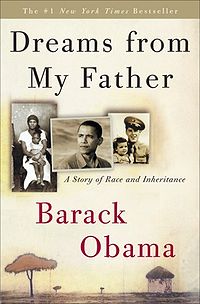 Barack Obama is included in Time100 Annual List of the World’s Most Influential People for 2007. The list is categorized under five headings, the first being ‘’Leaders & Revolutionaries’’ which has 21 leaders, including Senator Barack Obama, Senator Hillary Clinton, House Speaker Nancy Pelosi and Osama bin Laden.

The article on Barack Obama begins with ‘’A young yet audaciously thoughtful U.S. Senator makes his run at history.’’

Barack Obama wrote this book before he was picked for the Time100 list, which has become a best seller. He is an excellent speaker and a very good writer. This is his second book which gives the impression of an American politician who seems to be not greedy and unselfish, and as he states in the last sentence of the ‘’Epilogue’’ of his book, ‘’His heart is filled with love for his country.’’ His first book, ‘’Dreams from My Father’’ is a memoir which tells the story of where he came from, his identity, race and community.

The 376 page opens with a ‘’Prologue’’ where he gives a brief summary of his run for political life as an Illinois legislator when he had to explain, in his own words, ‘’how he got his ‘’funny name.’’ Barrack Obama is the son of a white mother from Kansas and a black father from Kenya, lived in Hawaii, then in Indonesia where his mother married an Indonesian student after his father left them who became his step-father, but aloof most of the time.

In Chapter One, ‘’Republicans and Democrats’’, Obama gives glimpses of his daily life in the Capital and the Senate Chamber (which by the way has a relief of Suleyman the Magnificient among the lawgivers of the world, not mentioned in the book.)

In Chapter Two, ‘’Values’’, Obama tells about his first visit to the White House in 1984 and in 2006, writes about his criticism of the Bush administration policies, especially the Bush tax cuts for the wealthy and the lack of meaningful health-care agenda and serious energy policy. Obama also has a few harsh words about the Democrats who he thinks ‘’are wrong to run away from a debate on values.’’

In Chapter Three, Obama tells about his meeting with Senator Byrd, the 90-year-old embodiment of the Senate since his election to the Congress from West Virginia in 1952. Obama reflects on his discussions with Senator Byrd except he did not ask him about the Armenian issue, which is still a hot topic of discussion. If he had, I am sure Senator Byrd would have enlightened him and he would have never made the comment on the alleged Armenian genocide (1).

In Chapter Eight, ‘’The World Beyond Our Borders’’, Obama first presents a lot of information on Indonesia where he lived (the 4th largest country after China, India and the United States with a population of 240 million and the world’s largest Moslem nation where 700 ethnic groups reside and 742 languages are spoken) and tells the country’s development over the years.

Then Obama makes reference to the Monroe Doctrine, declaring that the United States would intervene in any Latin American or Caribbean country whose government it deemed not to America’s liking.  Obama also makes reference to President Wilson’s reinterpretation of the idea of ‘’America’s Manifest Destiny’’, extending it to mean self-determination of all peoples, especially the Armenians in the Ottoman Empire. Of course, now there is the Bush doctrine.

Obama also has a few words about the UN, which he thinks does very little except holding conferences, the World Bank and the IMF, stating that these two organizations have a reputation for funding large and expensive projects that benefit high-priced consultants and well connected local elites but do little for the ordinary citizens. There is no mention of the fact that Turkey is the number one debtor of UMF and World Bank runs the country’s financial affairs.

Obama makes many refences to President Clinton, but despite Clinton’s comment that 21st Century will be Turkish century during his November 199 speech at the Turkish Grand National Asembly, never mentions Turkey, not even a passing comment on the tremendous support that Turkey gives to the US in its operations in Iraq.

The book is informative and gives the backgrounf information of a candidate who hopes to be the President of the most powerful nation in the world. Judging from the sub-title of the book, it looks like Obama believes that the American dream is fading, unless he wins, of course.

(1)  Obama made the following unsolicited comment at a weekly Washington DC breakfast briefing where he said, ‘’For those who are not aware, there was a genocide that did take place against the Armenian people. It is one of these situations where we have seen a constant denial on the part of the Turkish Government and others that this occurred. It has become a sore spot diplomatically.’’