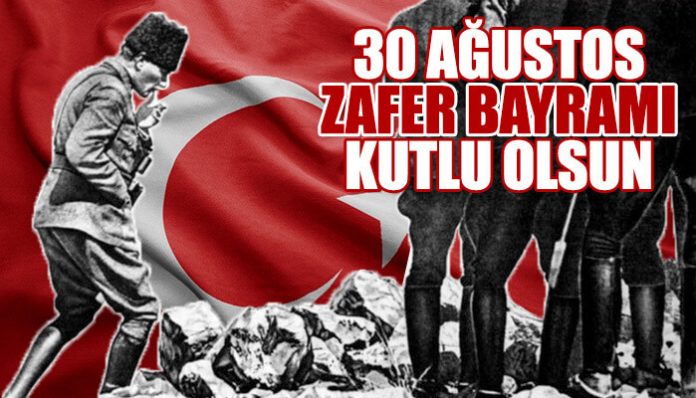 The month of August has a special meaning for the Turkish nation. When the Ottoman Empire was defeated at the end of the First World War, the 622-year existence of this once vast and glorious Empire came to an end on August 10, 1920, with the signing of the notorious Treaty of Sevres with the acquiescence of the Sultan’s Istanbul government.

The fledgeling nationalist government in Ankara under Mustafa Kemal did not recognize this cruel Treaty, and the Grand National Assembly in its session of August 19, 1920, proclaimed all those who signed the Treaty of Sevres as well as those who took part in the Council of the Sultan, as “traitors.” This Treaty was never ratified. This was an ominous August.

In Anatolia, Mustafa Kemal emerged in the national scene. His agenda was full of insurmountable challenges, and he had to steer the nation through untold treacherous obstacles. This task required a military genius, a sharp vision, virtuosity in diplomacy, and ultimate statesmanship. And above all, such prerequisites as selfless devotion to the country and utter love for his people. Mustafa Kemal combined all these qualities in his person.

The country was defeated, and every corner was occupied by the invading enemies.
Furthermore, the sultan in Istanbul was a lackey of the British, and he was in collusion with the occupation forces; his only concern was to save his throne. In unprecedented treason to his nation, the Sultan was busy to undermine the nascent nationalist resistance movement generated in the Turkish heartland. The Greek Army had landed in Izmir on 15 May 1919, and the Armenian forces attacked in the East on September 24, 1920. The Turkish Army under the command of General Kazim Karabekir defeated the Armenians and The Treaty of Gumru was signed on December 2, 1920.

All these victories concluded the first round of Mustafa Kemal’s Master Plan. The Sultan’s government was as yet “de jure” in existence claiming jurisdiction over the entire country. Furthermore, it formed a so-called “Khilafat Army” to battle the nationalists. Encouraged by this, several other bands and private irregular armies were formed by the local popular chieftains seeking power for themselves. The most notorious guerilla bands were Cerkez Ethem, The Circassian Aznavour, the Green Army and the Capanoglu irregulars.

Then, there was Enver Pasha to deal with. A protégé of the Sultan as he was married to one of his daughters. He had a limited capacity yet a gigantic ego, and he had caused untold harm to the country. The foreigners called him disparagingly “Generalissimo”. He was charmed with the German militarism and slavishly followed Germany to World War I, which was a disaster for Turkey as well as Germany. Enver Pasha was an incurable adventurer; he fled to Russia and involved in farfetched plans. Now, this adventurer was seeking partnership in the nationalist venture. All the mess he created still haunts the country.

The Eastern Front thus subdued and secured; now it was time to deal with the Western Front. The Turkish Army held off the Greek offensives twice in Inonu on January 11, 1921, and March 31, 1921. To make up for these setbacks the Greeks launched a major offensive on July 10, 1921, and pushed the Turkish Army back to the East of the Sakarya River. The Greek Army was poised to capture Ankara. The despair in the Turkish side was palpable, and speculations ran wild about the Turkish cause being lost.

On August 4, 1921, Mustafa Kemal accepted the post of commander-in-chief with extraordinary power to exercise the full authority of the Grand National Assembly. This was an unparalleled democratic spirit and civility. A rising star, a victorious army general with epic victories in his record could easily be a despot, a dictator; yet, he put his nation’s interest above his glory. With this act, he proclaimed to the world that he was but a humble servant of his country; the people were the real master.

The latest Greek aggression brought the Nationalists to a faithful August. The Turkish Army, under the command of Mustafa Kemal, fought the Greek forces in a pitch-battle along a front of 60 miles. In a life-and-death struggle that lasted 22 days, the Greek Army was routed on August 24, 1921, and forced to retreat. The Grand National Assembly, recognizing the extraordinary leadership of Mustafa Kemal conferred upon him the title of Marshal and “Gazi.” The victory of Sakarya demonstrated to the world the strength and the will of the Nationalist government and its army. Thereupon, first, the French government recognized the Nationalists as a legitimate power and signed an agreement on October 20, 1921, in Ankara whereby the hostility between the two countries ceased, and they evacuated the territory under their occupation.

The ultimate goal of Mustafa Kemal was to free the whole country from the enemy occupation. He knew that this required a decisive victory. The world public opinion, including some Turkish intellectuals in Istanbul, and even some deputies in Ankara were doubtful of such a victory. They believed that the Turkish Army had the only defensive capability but no offensive competency. They argued that the liberation of the country was a utopia, and could not be won by force of arms; it must be secured by negotiation or accepting the mandate of a powerful country. Mustafa Kemal strongly felt that no favors would be granted to any nation if that nation has neither power nor ability to take it by force. Only those nations endowed with those qualities can appeal to the standards of humanity and justice. He said, “The world is a field of trial. After long centuries the Turkish nation is being subjected yet to another trial – the hardest ever! How can we expect a just and kind treatment without proving ourselves in this trial?” These words reflected the determinism of the Great leader for a decisive victory to support his demands. At that time Mustafa Kemal was a very lonely person, a one-man minority, yet with a strong conviction and a long vision.

He calculated that an ultimate reckoning with the invading Greek Army was inevitable.

After the victory of Sakarya, his Army had gained a considerable amount of self-confidence. On the other hand, the Greek High command had become complacent.
The Greek Army had lost its appetite, this campaign in the hardscrabble Anatolian heartland seemed to be an endless adventure; furthermore, the Turks had proven much tougher than they had been made to believe. In all these lulls, the Turkish side prepared feverishly for the ultimate reckoning. Mustafa Kemal had set the date of the final engagement with the Greeks as August 26, 1922!

On August 26, 1922, Saturday before dawn the Turkish Army began its offensive. The major Greek defence positions were overrun swiftly, and on August 30 the enemy was defeated decisively in Dumlupinar, with half of its troops captured or slain. This decisive victory has come to be known in Turkish history as “The Great Offensive” or “The Pitched – battle of the Commander-in-chief in Dumlupinar.” The western front had been opened by the landing of the Greek Army in Izmir on May 15, 1919. The last Greek troop left the Turkish soil on September 17, 1922. That makes 3 years, 4 months and 2 days, or 1218 days of Greek occupation of the western Anatolia. The Turks had not won only a victory, but their country and their dignity as well.

The victory of August 30th can be described aptly as the rebirth of a nation. It was a love affair between an ultimate leader who devoted himself selflessly to his nation, and a grateful nation itself. This year the Turkish nation is celebrating the 89th anniversary of this momentous victory. We remember with gratitude and pray for our fallen heroes who gave their lives generously and with altruism so that the future generations may live on that anointed soil of the Turkish land happily and prosperously.