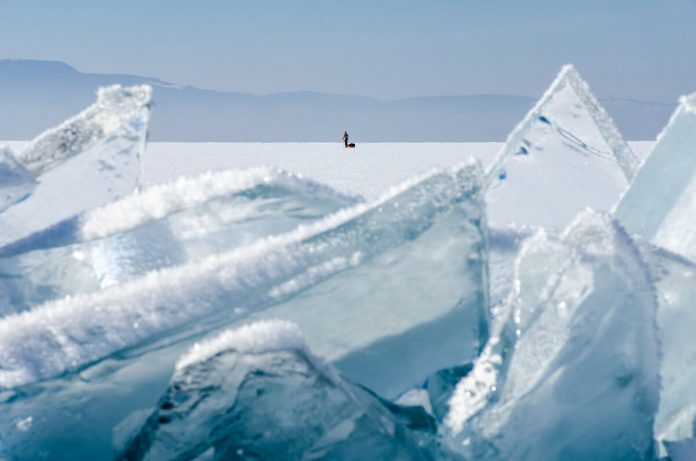 I have loaded a study of mine onto my website and I am writing this letter to share it with you all. This essay discusses the formation of a very large ancient floodwater lake created in the Lowlands of Siberia by the floodwaters from the melting ice shield formed by the last Ice-Age some 20,000 years ago.

During the last Ice Age, the Siberian ice shield extended almost up to the Altai mountains in Central Asia. These and other Central Asiatic mountain ranges also had their own ice coverage.

As the earth started warming, the meltwaters of the Siberian ice shield and the melt-waters from the Central Asiatic Altai mountain ranges started flowing northwards into the “KARA SEA” in the Arctic Ocean. The lake was created because the drainage outlets into the Arctic Ocean were blocked by the very thick ice shield itself. I have named this lake “AK TENGIZ”, meaning “White Sea”, in my paper. It took thousands of years to drain this sea-sized lake into its present state.

It is most likely that the formation of this giant lake was the “Great Flood” that the ancient Turanian Tur/Turk/Oguz people of Sumerians mentioned in their writings. It is also most likely that the area called the Lowlands of Siberia submerged by this giant lake was the so-called “Lost Continent of Atlantis” that Plato mentioned in his writings. Presently, this area is dotted with thousands of lakes dispersed all over the land giving the appearance that the land is swimming on a sea. I have included a number of “Google Earth” pictures to demonstrate the appearance of the area from space.

My paper can be seen at http://polatkaya.net/Articles.htm under the title: “AK TENGIZ” The Ice Age Great Flood Lake Covering The Lowlands of Siberia”. Best wishes to all,

Photo by Daniel Born on Unsplash

Cengiz Han and His Heirs The Grand Empire of the Mongols, An Exhibition at...

About The Ancient Sardinian NURAGHES and Their Possible Multifunctional Use (Part-3)...