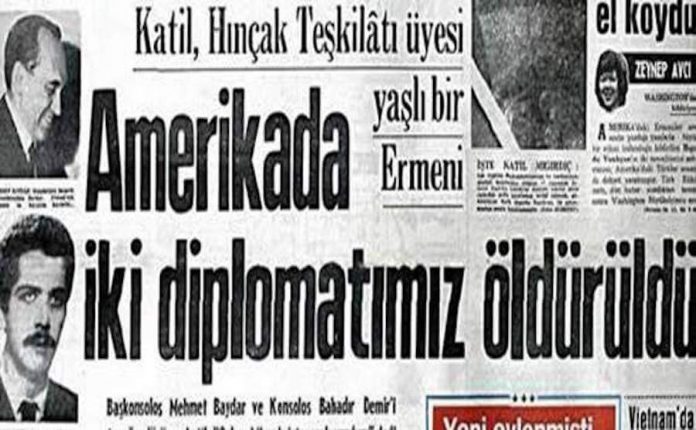 “Inquisitorial, liberticidal and obscurantist,” said Josselin de Rohan, then Chairman of the Foreign Affairs Committee in the French Senate, on May 4, 2011. The first censorship bill regarding the Armenian issue was rejected by an overwhelming majority of senators. For purely electoral reasons, Nicolas Sarkozy oversaw the vote of a similar, new bill on December 22. The text was presented by Marseille’s Deputy Valérie Boyer. The text was adopted, against the opinion of most French editorialists, from the social-democrat Jean-Daniel to the conservative YvanRioufol, who are hostile to the draft, against the statements of prominent French historians including Pierre Nora, and also against the hostility of the Minister of Foreign Affairs Alain Juppé and “discontentment” of the Minister of Interior Claude Guéant.

As too often, Mr. Sarkozy acted without reflection and did not fear self-contradiction. And as usual for the Armenian bill, only fifty deputies attended the vote—not even ten percent of the total.

The Poisoned Gift
Actually, Ms. Boyer’s text is totally counter-productive, even in a strictly Armenian nationalist perspective. Indeed, it criminalizes the “denial” of the “genocides recognized by the [French] law.” Only one is “recognized”—the so-called “Armenian genocide.” Georges Vedel, one of the greatest French jurists of the twentieth century and member of the Constitutional Council from 1980 to 1989, devoted his last paper to demonstrate that the “law” of “recognition” (2001) has all the aspects of an unconstitutional bill. The bill further strays from constitutional principles in that it is purely a statement and devoid of any legal basis.
In addition, the “recognition” violates the constitutional principles of non-retroactivity of laws and even more obviously the principle of separation of powers: in calling an event “genocide,” the Parliament acts like a tribunal for events concerning foreign, deceased people, which is forbidden. Robert Badinter, President of the Constitutional Council from 1986 to 1995, then-Senator until September 2011, reiterated the point three times (the last one this December 22, 2011). Other important jurists did the same.
As a result, if the Boyer bill is fully adopted—which is hardly probable—the single concrete and direct consequence, for the Armenian activists, would be the cancellation of both the Boyer bill and the “recognition” bill by the Constitutional Council. Indeed, since 2008, there is an aspect of French law called the Question prioritaire de constitutionnalité (priority question of constitutionality). If you are sued in the name of a law, you can ask for the conformity of this law with the Constitution to be checked. There is not even a shadow of a doubt that such obviously unconstitutional texts would be censored. Turkey, or Turkish groups, could also sue France in the European Court of Human Rights.
Anything to Please the Terrorists’ Fan Club
The Wall Street Journal called the adoption of an Armenian nationalist-backed resolution in the U.S. Congress, in 1984, “ASALA’s day.” This label is also deserved for this vote. One of the staunchest supporters of the Boyer bill, Patrick Devedjian, was an advocate of ASALA from 1981 to 1984, and vehemently supported its terrorist acts. Jean-Marc “Ara” Toranian, co-chairman of the Coordination Council of France’s Armenian Associations (CCAF), was the spokesman of ASALA in France from 1976 to 1983, and the other co-chairman, Mourad Papazian, wrote several inflammatory articles in the 1980s to support another Armenian terrorist group, the JCAG/ARA—i.e. the group which assassinated the Turkish diplomat Yılmaz Çolpan in Paris on December 22, 1979. Mr. Toranian and other CCAF leaders call Turkey, if not the Turkish people, “the hangman.” The CCAF itself strongly supports the PKK, at least with words.
The speeches supporting the Boyer bill were a remarkable collection of absurdities, logical fallacies and half-truths. Many MPs, and the representative of the government denied that the bill targets a country or even a specific “genocide,” which is denied even by the text of the bill itself, and by other interventions, making clear that only the Armenian-Turkish conflict is concerned. They added insult to injury in believing that any Turk, or any French historian, could believe such self-refuting justifications.
Michel Diefenbacher, President of the Franco-Turkish Friendship Group, saved the honour of the Assembly with a good speech, recalling that the bill is unconstitutional and is not improving, quite the contrary, Turko-Armenian relations. Deputy Jacques Myard denounced it as a “crime against the thought.”
This dark event took place only for electoral reasons: Mr. Sarkozy wrongly believes that such a bill will significantly improve the number of his votes, and most of the opposition does not dare challenge this bill, fearing the loss of Armenian votes.
What Next?
The Turkish authorities threatened economic reprisals—respecting the international law— and warned of bad consequences for the French culture and language. What else could they do? In 2001, the economic crisis had prevented the Turkish government from taking really dissuasive retaliation measures, and as a result, it opened the way to the “recognition” by other parliaments; in 2006-2007, the promises that the bill would not be voted on by the Senate limited the harshness of the Turkish reply. Now, this is the very first time that such an anti-Turkish, liberticidal and unconstitutional initiative takes place through the sole decision of the President. Every rational person must hope to avoid a clash, but studying dissuasive reactions is a must for Ankara.
There are already some interesting, albeit insufficient, signs of fear from the French government’s side. Bernard Accoyer, President of the National Assembly and already an opponent to the bill, said that this text will probably not be adopted until the legislative elections (June 2012), at least because the government did not use the urgent procedure. It is not a secret that several senators are already preparing a new rejection motion for reasons of unconstitutionality.
This lamentable affair at least had the positive result of showing for the first time the importance of the Turkish population in France, including those who have French citizenship. Between three to five thousand Turks demonstrated in front of the National Assembly; thousands of others were prevented from participating in the demonstration by the police. The recently created Coordination Committee of Franco-Turkish Associations published an open letter to the deputies in Le Monde, as a full-page paid advertisement.
It is now the duty of every person concerned for fundamental liberties in France to contribute to the defeat of several promoters of this Orwellian bill in June 2012 and to finally inform the rest of the French politicians. Enough is enough.
*Maxime Gauin is a French historian and a researcher at the International Strategic Research Organization (USAK).
This article is taken from USAK http://www.turkishweekly.net/columnist/3578/-asala-39-s-day-in-the-french-national-assembly.html