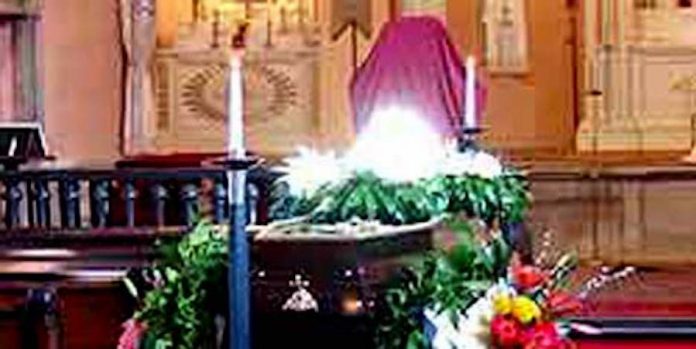 The other night, we four Armenian friends were out from our Clubhouse and enjoying our water pipes at Galatasaray. The conversation turned around and came to the known topic. I sensed that everyone is troubled on the same subject. How would you make this heard to the world as a Turk with Armenian origin being a simple citizen of Turkey? . .

You are not a reputed artist, politician or president of some association that others would extend the microphone to you for an interview. You are not a columnist so that you can make your ideas heard from your newspaper corner. All is fine, but we are fed up with this affair. Other persons speak in our place, knowing or having no idea.

On one side say that “there was a genocide made to Armenians” and on the other side they say “there is no genocide”. Now the latest fashion is those who say, “let us leave it to historians”. I just look to those who say that there was a genocide committed, and I see that they are either diaspora members full of hatred and grudge or politicians, who have a benefit from the matter. I look at those who say “there was no genocide” and I see that they have no deep knowledge, but refuse it as a habit. Moreover, speaking of historians, for God’s sake, what are they going to find out? Can be there a document of genocide? If a document is found by accident, a counter document is found and the argument continues to nowhere.

The truth is known by me and others like me, but no others! We are persons who heard the incidents from the first hand. We are Turkish Armenians. The Turkish Armenians bear a great difference from the Outside Armenians! We are the grandchildren of those Armenians who stayed in Turkey during the relocation or those who came back. We did not hear only one type of stories. Diaspora Armenians know only stories of death. They did not come back and did not see the embarrassed faces of their neighbours. They accuse only Turks for these deaths, they name all as genocide. But Turkish Armenians have many other different stories.

For example, my grandfather was telling how his elder brother was taken from his farm in Erzincan and that he had to pay a donkey-load of gold to a corporal as a ransom to save him. None of them, the gold or brother came back! My grandmother was telling how the youngsters of the village were gathered, given arms and made revolutionist gangs. Persons who spoke a foreign language gave their uniforms.

My grandfather used to tell in cries about the Ottoman Captain Sinan, who did his utmost to save all his family in Kayseri. Thanks to the captain, none in the family was ever hurt. We listened to stories of bloodshed, but we also heard of the Turks who lied in front of the Turkish soldiers to save his Armenian friend carried away or the neighbouring Turks who opened their arms when the relocated persons returned home.

Therefore, I say let them ask us. No one can be more objective than us. This story has a long version explanation and a short one. The short one is as follows:

A portion of the community was misled by imperialist powers and fought for separation. The Ottoman government was angered and took the decision for relocation. This relocation was carried under the difficult conditions prevailing at that time. The exiles were carried in various manners, and helpless persons, children suffered and died. These deaths were because of epidemics and hunger. There was no organized killing made by Ottoman soldiers. The deaths out of the epidemics are separate individual cases and were done by the robbers of the region, to get hold of the gold in possession of the people being marched. It is a matter of debate if the Ottoman army fighting on several fronts had enough soldiers to avoid the murders during the marches. Under the circumstances and given the fact that Armenians living in the western parts of the country never had such sufferings, this cannot be called a genocide. You can give other names, but none can be named “genocide”. Furthermore, the number of 1.5 million does not signify the number of deaths, but the number of losses.

We Turkish Armenians know pretty well that Anatolia is full of Armenians who became Moslem, during or after these incidents. These persons, when they became free later, did not return to their own religion and since they hide their past, they were put in the column of those lost. This is a short explanation.

If one has to speak, we can speak and tell them the long version of the incidents. There can be no other historians better than us!. As regards the French, they should chew musty cheese.

(Note: This letter was left by Sevan İnce before he committed suicide because his business went bad).

“Words Under the Lens Series”-#3 : Greek word “TETHWRAKISMENOS ” which is sourced from...