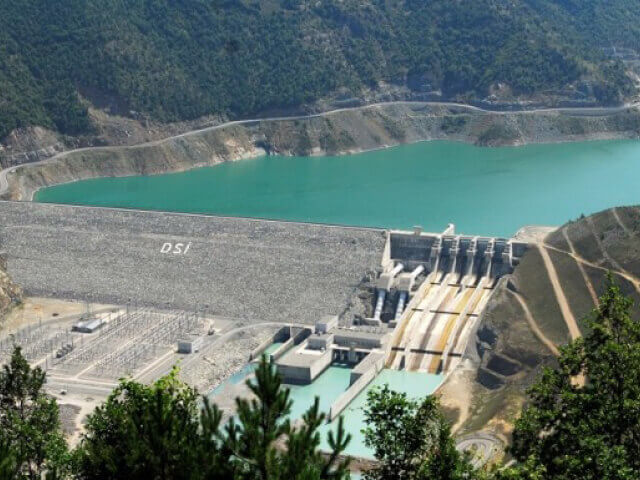 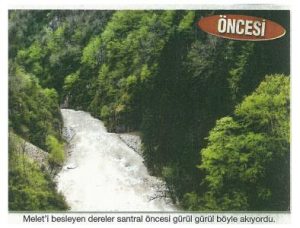 Hydro Electric Power Plants in Turkey and the Disappearance of Rivers

Development of Renewable Energy in Turkey is gaining importance with the establishment of wind power plants and solar energy fields. Hydroelectric power is also considered a renewable energy source which now accounts for almost 26 % of electricity generated in Turkey with over 130 large and small hydroelectric power plants, with several new ones being added to the system continuously.. These hydro electric power plants either utilize dams or tunnels for the run-of-the river type facilities with usually less than 50 MW installed capacity.

According to many publications and media reports, the Energy Market Regulatory Authority (EMRA) has issued licences to over 1,700 hydroelectric power plants.

Construction of some of these plants have already started on rivers across Turkey, but mainly in the eastern Black Sea Region. However, most of these have also brought public opposition which in some cases are being built without the mandatory Environmental Impact Assessment Reports. The planned construction of a plant on Yuvalicayir River near Fethiye was halted, but after hundreds of trees, some 100 to 200 year old, were cut, despite the opposition of local people. Residents of a village in northern Turkey in Loc valley of Kastamonu, are waging a war against the construction of a hydroelectric station on Deverkani river.

The area is within a national park, just like the Munzur river where 7 plants are will eventually built. There are many examples on the destruction of rivers where water from the rivers are diverted to the tunnels which cause the rivers to run dry.

I started my civil engineering professional work by working on hydroelectric power plants, including Keban HES and Gokcekaya HES in Turkey during the 1970s. I believe in their usefulness and necessity and do not object to building new ones if the plan will not harm the area and the river and cause irreversible damage to the environment. Many small hydroelectric power plants with very small capacities are being built which should not be allowed. This is not only a local issue and the entire nation has to pay attention to what is being done to our natural resources.

Let the rivers run freely which bring life to all kinds of life in and around the rivers and build dams at places where they will not harm the environment.

SUMERIAN as a dialect of Turkish (DINGIR, BILGAMESH, TUR, UTNAPISHTIM)